I grew up in Texas. West Texas, to be specific, where independence is, in large part because of the vast distances between towns, not just a concept but a necessity.

So it's no surprise that labor unions essentially were nonentities in my early life.

That said, I grew up appreciating the value of unions. My dad, an oil field worker his whole life, made sure my brother and I knew that labor unions are to be valued by all workers, regardless of whether they belong to one. 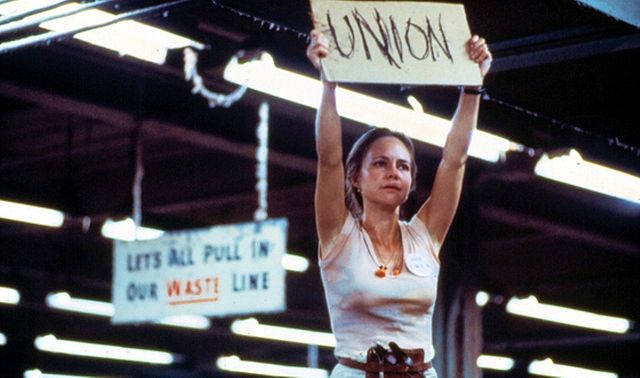 Sally Field won her first Oscar for her portrayal of title character Norma Rae in the 1979 movie, which was based on a real-life effort to organize workers in the South. In this climatic scene, she uses a "UNION" sign to implore her textile mill coworkers to turn off the factory machines.

Dad reminded us that workers have unions to thank for, among other things, sick days, paid vacations, keeping youngsters from working on rigs (which was a good thing given how much my brother coveted one of the high-paying drilling jobs when he was just 14), and safety standards that protect workers in very dangerous industries, like the one in which my dad toiled his whole life.

The popularity of labor unions ebbs and flows, based on the economy, politics and even popular culture.

Union membership in the United States now is at a historic low, primarily because of the decline of the heavily unionized manufacturing industry. Younger workers seem particularly unimpressed with unions, according to The Atlantic, with only around 4 percent of workers aged 16 to 24 and 9 percent of workers aged 25 to 34 belonging to a union.

Union dues require itemizing: It might not be enough to sway young workers, but here's a tax fact about union membership: Union dues are tax deductible.

Of course, there are specific steps required to claim this deduction.

First, writing off union and other professional membership dues is part of what's known as miscellaneous deductions. That deduction option is on Schedule A, meaning you must itemize instead of claiming the standard deduction when you file your tax return.

Then you must have a certain amount of miscellaneous deductions before you can claim them. All your eligible sundry write-offs must exceed 2 percent of your adjusted gross income.

If your AGI is $30,000 that means you need more than $600 in miscellaneous expenses before they are of any tax value.

Even then, it's only the amount over the threshold that is deductible. For our $30K worker, miscellaneous expenses of $620 will provide just a $20 claim on Schedule A.

Limits, but worthwhile for some: So, yeah, union dues are not an easy or even particularly beneficial tax deduction, meaning the tax aspect isn't going to do much to boost labor groups' sagging membership levels.

But if you do itemize and have labor-related, as well as other deductible miscellaneous expenses, check out this section of your Schedule A. Every little bit helps when it comes to tax savings.

Also, if you're self-employed, you may be able to get more of a deduction for union or other work-related membership dues.

As long as the affiliation is required for folks practicing your profession, you can deduct the expense of union dues and initiation fees in full on Schedule C when figuring out how much profit you earned.