Somebody is $11.6 million richer and somebody else (or some company) is in big trouble with the Internal Revenue Service.

Sorry for the vagueness, but that's basically how things work when you rat out tax cheats. The feds are eager to get the scoop on whoever is not paying up, but the whistleblowers often don't want the world to know who they are. 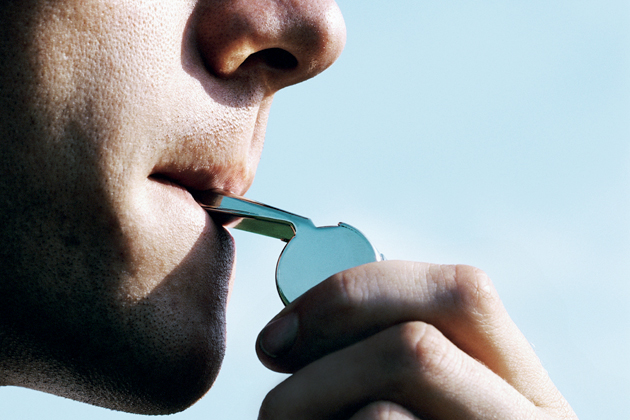 As for the identity of the alleged tax evaders, we're at the mercy of Uncle Sam's willingness to announce his whistleblower-assisted collection success.

What we do know about this latest case comes from attorneys Stephen Kohn and Dean Zerbe. The duo specializes in whistleblower cases and previously represented Brad Birkenfeld, the UBS whistleblower who received an award in 2012 of $104 million from the IRS. That still stands as the largest amount ever paid to a single whistleblower.

"We greatly appreciate the IRS recognizing the work of this whistleblower and for making this significant, major award," said the attorneys in an Aug. 31 statement announcing the multimillion dollar award to their joint client, who wishes to remain anonymous.

"We commend the IRS for this fair and equitable determination of the whistleblower's award amount and percentage. The whistleblower's work translated into tens of millions of dollars recovered by the U.S. Treasury."

Downside of tax ratting: I can understand the whistleblower's reticence to be recognized.

As kids, we're chastised about being tattletales. And, as my fellow fans of crime cinema and television know, rats tend to come to horrible, or at least tragic, ends.

So people want to be discreet when they're passing along information about someone else's bad deeds, even when we all agree that not paying your legal tax bill is a particularly egregious bad deed.

Plus, if you're suddenly a millionaire, then you're greeted with open hands. You can be sure there will be lots and lots of hands with an almost $12 million reward.

The downside of turning in tax evaders was acknowledged by Kohn, from the law firm Kohn, Kohn and Colapinto (KKC), who lauded the IRS' "commitment to honor the complete confidentiality of whistleblowers who want to remain anonymous and who understand that the revelation of their identity would have catastrophic impact on their lives and careers."

IRS still looking for info: But if you've got valuable tax cheater info and are willing to deal with the adverse effects of getting millions of dollars for said details, the IRS would love to hear from you.

"The IRS has a strong interest in hearing from -- and rewarding -- whistleblowers who know about tax cheats," said Zerbe, with the law firm Zerbe, Fingeret, Frank & Jadav (ZFF&J).

And the IRS has some specific geographic interests.

"From conversations I have had with senior IRS officials," said Zerbe, "the IRS is especially interested in hearing from whistleblowers who know details about the latest corporate tax shelters as well as informed whistleblowers who have knowledge about US taxpayers with illegal offshore accounts around the world -- especially Hong Kong, Singapore and Central America."

Taxes for whistleblowers: While we're left to speculate about the identity of the whistleblower and the latest big tax cheat nabbed based on his or her info, one thing is certain. The newest millionaire will be handing a share of his or her award back to the IRS.

And the taxes due are at the ordinary income rate.

That's the ruling of a federal court about taxes due on Craig and Michele Patrick's almost $7 million in IRS whistleblower payments.

The Wisconsin couple had argued that the awards they got should be treated as capital gains and taxed at that lower rate. The IRS disagreed and won in U.S. Tax Court, which said the Patricks must paid the higher ordinary tax rates on the money.

The Patricks appealed the tax case to the U.S. Court of Appeals for the Seventh Circuit. On Aug. 26, a three-judge panel from that appellate court sided with the IRS, ruling that the Patricks owe the federal government an additional $812,000 in taxes.

Shaky capital gains claims: The bulk of the whistleblower money came from information that Craig Patrick provided about $75 million in fraudulent Medicare billings by his then-employer Kyphon.

Patrick got nearly $6 million in 2008 for that information and another $900,000 in 2009 from a separate whistleblower action against the hospitals involved in the scheme.

Patrick and his wife claimed the reward money as capital gains on their tax returns for those years. They said it came from the sale or exchange of a capital asset, in this case Craig Patrick's information about the billing scheme.

The Tax Court said no. The information was not an asset in the tax sense.

"Treating a [whistleblower's] reward as a capital gain would contravene the long-recognized rule that a 'capital gain' generally involves a 'realization of appreciation in value accrued over a substantial period of time' of an initial investment of capital," wrote Judge Ann Claire Williams in the appellate decision.

"But here Patrick made no initial investment in some asset. Instead, he expended time and effort to discover and document Kyphon's fraud, and that work was not an investment of capital," wrote Williams.

"Further, there was no 'realization of appreciation in value' of an underlying investment that 'accrued over a substantial period of time," said the judge. "Patrick had an interest in a portion of the government's recovery, but that interest did not grow in value over time. It did not even vest until the government received its recovery."

So nice try, Craig and Michele Patrick, in trying to reduce your reward tax bill. At least your effort was through legal channels.

The IRS thanks you for your earlier information and for your added taxes now.