Donald J. Trump, the leader for the Republican nomination for president, is still finalizing his plan to reform the country's tax system.

Meanwhile, however, he still has to worry about his own taxes. 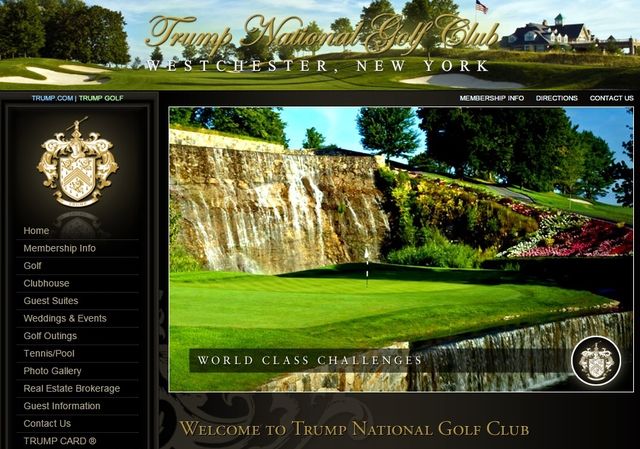 Donald Trump's New York City area golf club is fighting its property tax assessment, seeking a lower value on the luxury property so it will get a nearly 90 percent cut in its latest property tax bill.

Trump seeks less huge tax bill: The 140-acre property in Westchester County includes an 18-hole championship golf course and a 75,000-square foot clubhouse with five overnight suites. The club has been given approval to build 71 condominiums overlooking the 9th-hole fairway.

The town of Ossining has valued the property, which sits within the boundaries of one of Westchester County's top school districts, at $13.5 million. That produces a city tax bill of $471,000, as well as school district taxes of $287,000.

That $758,000 total tax bill from Ossining is too huge for The Donald.

Trump National's attorneys say the golf club is now worth just under $1.4 million.

If Trump's lawyers can convince Westchester officials of the drop in value, it would cut the exclusive club's tax bill by almost 90 percent; 89.57 percent to be specific.

That reduction is a big deal. And it's definitely is enough to earn 89.57 percent this week's By the Numbers honor.

One club's tax cut means neighbors' tax hike: The possibility of slashing a tax bill for one of the country's richest men, by his own boasts, is not sitting well with the club's neighbors.

They would have to pick up the tax slack if Trump National Golf Club gets property tax relief.

"He's going to pass the tax burden on to everybody else," Ossining Receiver of Taxes Gloria Fried told The Journal News. "And we still won't get to play on his golf course."

Sort of explains how Trump got so rich, doesn't it?

Anyone can fight the tax collector: Of course, what the Trump organization is doing is perfectly legal.

It's also what any good tax adviser would recommend. If you think your tax bill, or property assessment upon which it is based, is wrong, appeal it.

The difference with Trump is scale. With The Donald, it's always go biggest or go home.

Realistically, though, even Trump's people don't expect to get what they're asking. As their boss would say, asking for the outrageous is all part of negotiating a deal.

The club's attorneys expect a more modest, say around 10 percent, tax value reduction when the appeals process is completed.