Uncle Sam runs out of money on Oct. 1, but a group of Democratic Senators is hopeful that lawmakers will eventually get their funding act together.

They even are enlisting the help of U.S. Treasury Jack Lew in providing sufficient money for the Internal Revenue Service to do its job in the coming fiscal year. 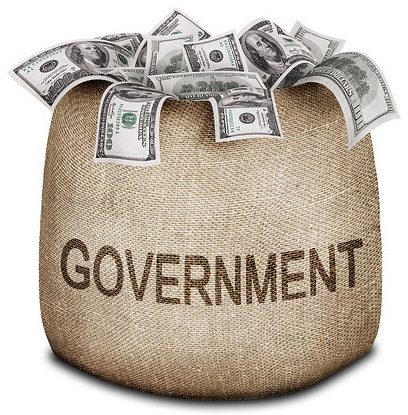 In a letter to the Treasury chief, Sens. Bob Casey of Pennsylvania, Patrick Leahy of Vermont, Dianne Feinstein of California, Ben Cardin of Maryland and Sherrod Brown of Ohio denounce "shortsighted budget cuts" as the reason the IRS has struggled to meet "its objective to provide taxpayers with quality assistance."

Brown, Cardin and Casey are on the tax-writing Senate Finance Committee.

Those two IRS officials for years have cited the damage to taxpayer services caused by Congress' continual cuts to the tax agency's budgets.

TIGTA take on IRS service: Those concerns were validated this week by a new analysis from the Treasury Inspector General for Tax Administration on the 2015 filing season.

The IRS watchdog cited the dramatic drop in telephone assistance, as well as further reductions in face-to-face help provided by the IRS at its Taxpayer Assistance Centers across the country.

TIGTA did not blame the problems with IRS taxpayer service on less funding. However, that's the consensus assessment from the IRS, from its executives to rank-and-file staff, as well as from the Taxpayer Advocate and her staff.

More ammo for more money: The Senators reiterated that financial argument in their letter to Lew:

We also ask that you review the IRS's performance over the past year and provide in writing a list of steps you believe can be taken to improve service in the next tax season, as well as an outline of how taxpayer services could be affected should sequester [which will kick in without government department funding agreements] take effect at the start of the next fiscal year."

The Senators didn't give Lew a due date for the information, but you can be sure that he's well aware of the financing deadline.