When avowed Socialist Sen. Bernie Sanders and a whole passel of Republicans in both chambers don't like you, you know you are in trouble. 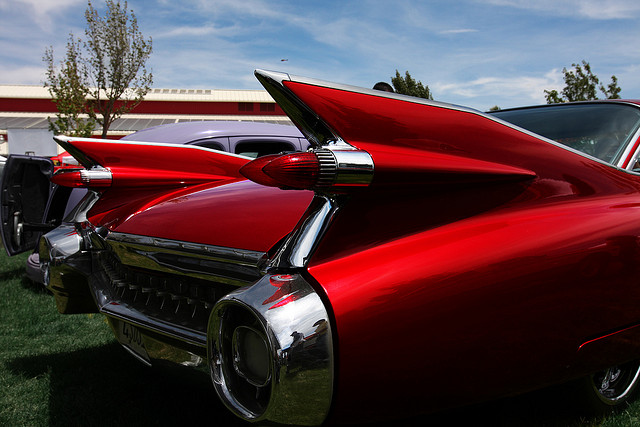 This Affordable Care Act provision was created to raise money to pay for other, expanded health care coverage. Supporters of the tax, which are dwindling, say that it should raise around $87 billion over 10 years.

Expensive plans, high tax: So just how will Uncle Sam get that much new money? Beginning in 2018, companies will have to pay a 40 percent non-deductible excise tax on health plans with values exceeding $10,200 in coverage for individuals and $27,500 for families.

Because of inflation indexing, the value of polices subject to the tax will rise each year. Those high-dollar policies led to the Cadillac tax moniker.

There are lot of numbers associated with the Cadillac tax, notably the unusually high 40 percent rate and the values of the affected health care policies. But it's the 2018 effective date that wins this week's By the Numbers honor.

You've got to give it to lawmakers for paying attention to election cycles and pushing taxes into future years <cough>Bush tax cuts<cough> for other legislators to worry about.

Repeal or replace: Sanders and 11 of his Democratic Senate colleagues want to shift the Cadillac tax costs.

Instead of the tax on businesses, Sanders et al want to raise the excise tax's projected money by imposing a surtax on the wealthiest U.S. taxpayers.

The tax-the-rich proposal was part of the original Obamacare bill, notes Sanders. During that debate, it was estimated it would raise $460 billion over 10 years, more than five times the amount raised by the Cadillac tax.

Others in the Senate and House simply want to repeal the Cadillac tax.

Cadillac tax changes far down the road: Despite the growing number of bills wanting to tweak or tank the Cadillac tax, nothing will happen in the near future.

Remember that observation about Congress putting off things until future dates? This Obamacare tax isn't for a couple more years. Right now, Congress has a lot of other more pressing issues to occupy its time as 2015 winds down.

In fact, depending on the next couple of national elections and Congress' penchant for waiting until something is imminent, we probably won't see any Cadillac tax changes or repeal consideration until 2017. Late 2017.

But that added time will also likely mean we'll see opposition to the tax grow.

And when that many people from across the political spectrum are against a tax law, you know it's in big trouble.