How charitable are you and your neighbors?
ALEC report says low state taxes encourage more giving

Do you regularly give to charities? Do your neighbors?

That's probably the case if you live in Utah.

A new study by the American Legislative Exchange Council, known as ALEC, found that between 1997 and 2012 residents of the Beehive State donated the most to charity as a percentage of their total income. 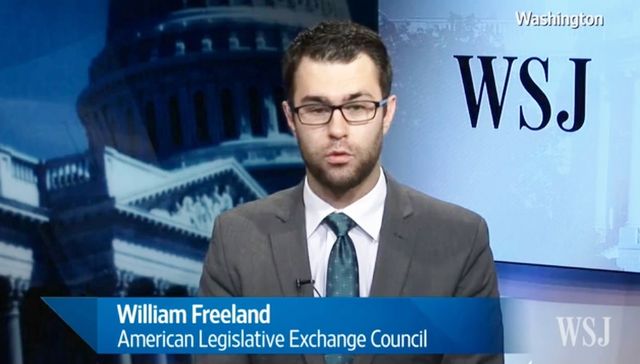 William Freeland, an ALEC research analyst, talks with the Wall Street Journal about "The Effects of State Taxes on Charitable Giving," the group's new study that he coauthored. Click image to see the full video interview.

The other top 10 states as far as percentage of income charitable giving, according to the ALEC report, are in order Wyoming, Georgia, Alabama, Oklahoma, South Carolina, Maryland, Idaho, North Carolina and Mississippi.

In addition, the taxes on that growing income have an effect, according to the report. When folks make more and pay fewer taxes on it, it's not surprising that they give more of their disposable income to charities.

Other giving considerations: Not to throw water on the study, but Utah has a large Mormon population. One of the tenets of the Church of Jesus Christ of Latter Day Saints is tithing, or giving 10 percent of your annual earnings to the church.

That is probably a major reason that the state leads the donation category.

While the Mormon church is a major beneficiary, religious groups of all faiths are the predominant recipients of philanthropic dollars.

And Maryland makes the top 10 giving list even though my former, and still fondly remembered, home is not known as being low-tax.

Still, ALEC points out that of the nine states that do not levy a personal income tax, only New Hampshire experienced a decline in charitable giving as a percentage of adjusted gross income from 1997 to 2012.

And in the states that saw increased charitable giving as a percentage of earnings during that time frame, three of the top nine states -- South Dakota, Tennessee and Texas -- do not tax personal income.

Regardless of where you live, if you donate to your favorite nonprofit, you might be able to claim a tax deduction on your federal tax return as long as you follow the tax rules on charitable giving.

What happened to all the liberal Northeast and West Coast states?