You've got to give it to Alabama lawmakers. They don't mess around when they talk about sin taxes.

But nicotine addiction is just a minor sin. And that tax was just a preview. 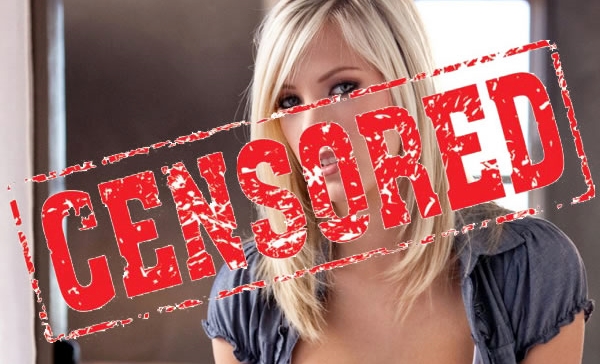 Alabama isn't censoring adult material, but some lawmaker do want to tax it heavily to help close the state's budget shortfall.

You read right. Forty. 4-0. The size of the proposed tax and its titillating target earn 40 percent this week's By the Numbers honor.

Some lawmakers believe there are enough folks in this stretch of America's Bible Belt with sexual vices to make a monetary difference, although there is no estimate of projected revenue yet.

So what exactly classifies as sexually oriented material? H.R. 39 says it is:

The bill also elaborates on particular sex depictions and acts so that everyone knows, a la the famous Supreme Court definition, exactly what constitutes pornography without having to see it.

I'll let you check out the bill's language yourself. I wouldn't want the ol' blog's recounting to fall into taxable territory.

Would the phrase citing depictions of nudity as taxable acts mean that moviegoers attending some R-rated movies would have to pay 40 percent more for their Cineplex tickets?

No. The bill specifically exempts motion pictures rated R by the Motion Picture Association of America.

That means that the book "Fifty Shades of Grey," for example, probably will face the added tax, while the R-rated won't. That differentiation could add a new meaning in Alabama to the old phrase, "I'll just wait for the movie."

Plus, museum exhibits also often offer books of the shows. Would the galleries and their shops face the "Fifty Shades" treatment?

Neither is there any mention of premium cable programming that offers specific adult entertainment or flashes of it in more general audience shows.

If the bill progresses, look for this and other issues to be raised.

Other taxes, too: And while 40 percent is a lot, it's not the only tax that adult products will face.

But if the bill does eventually make it into law, get ready for a business boom in communities that border the Yellowhammer State. I foresee thriving adult entertainment sectors cropping up in Louisiana, Tennessee, Georgia and Florida to accommodate Alabamans who want to sin but for a lot less.