Tax fraud has become so profitable that it has replaced drug dealing for many gangs nationwide.

Earlier this month, alleged gang members on both coasts -- 32 in Long Beach, California, and 14 in Elizabeth, New Jersey -- were indicted by federal prosecutors on a variety of tax crime charges.

It's not a new development. Years ago, Florida criminals acknowledged that they shifted to stealing tax refunds because the crime was less dangerous and more lucrative than dealing drugs.

If caught by authorities, though, tax crimes still carry a hefty penalty. Just ask the dude who's spending a record 27 years in federal jail for the crime.

But arrest is always a possibility in any illegal endeavor, so the criminal conversion continues.

Tax corridos: In fact, tax fraud has taken on such a large role in gangs that it's sparked a growing number of songs celebrating the riches to be made from the crime. 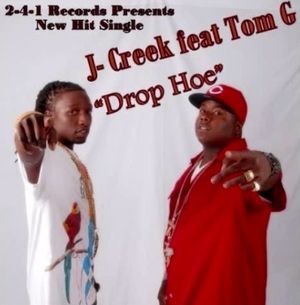 The tax tunes essentially are the hip-hop or rap equivalents of the narcocorridos that document and often glorify the crimes of Mexican drug cartels.

In the tax versions, the songs exalt the riches being made off of identity theft and fake 1040 filings, as well as lament the problems with this particular type of crime.

Drop hoe woes: One problematic issue apparently is not being able to find enough accomplices, known in the illicit business as drop hoes, to receive the fraudulent tax refunds.

That's the subject of the video by J-Creek and Tom G.

Not to go all RIAA on you, but "Drop Hoe" has explicit lyrics. You can get an idea of how explicit from Brian Krebs' transcription at his Krebs on Security blog.

I haven't heard of any of the tax fraud corridos breaking into the more mainstream music world. But if tax crimes continue to escalate, you never know.

IRS facing more potential tax fraud: The Internal Revenue Service itself has been victim of identity theft hackers. Earlier this year, its Get Transcript online app was breached.

And as I noted last week at my other tax blog, things have gone from bad to worse. The IRS announced that instead of 114,000 possible tax fraud victims, the number of tax ID theft hack victims has reached 334,000.

The one tiny bit of good news is that the IRS is continually refining the ways it fights its ID theft. Efforts the agency plans to have in place by the 2016 filing season include more sharing of info with government and tax industry sources, new restrictions on access to deceased taxpayers' data and limiting multiple refund accounts.

Off-beat property tax appeals: While tax ID theft and refund fraud is a pressing matter, that doesn't mean the rest of the tax world stops. In fact, other taxes continue to affect millions more taxpayers every year.

One of those more mundane tax matters is property taxes.

But as I noted over at Bankrate Taxes Blog, a couple of Massachusetts real estate tax situations were anything but usual. Two Bay State homeowners argued for lower property taxes because their homes were, in their words, of no value.

I usually post my additional tax thoughts at Bankrate on Tuesdays and Thursdays. But if things are hopping in the tax world, like they were last week, you'll find an additional post.

And if your life was too hectic for you to check out my added tax thought over there, you can always check here at the ol' blog over the weekend for highlights and links.

Tax fraud is crime it should be treated as according to rule and every citizen should pay their tax on time. Tax fraud celebration is not good and i am tax payer .