2015 was supposed to be the year of tax reform, specifically simplification of our complicated tax code. Instead, Congress has been tucking tax provisions into recently enacted pieces of non-tax legislation. 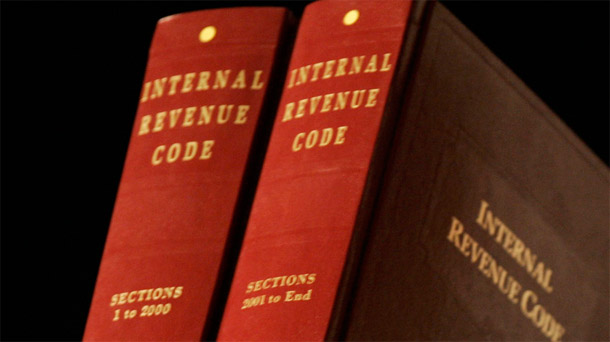 The most recent was the Surface Transportation and Veterans Health Care Choice Improvement Act of 2015, popularly referred to as the short-term highway funding bill. That measure, signed into law on July 31, contains several new tax provisions, including changed filing deadlines, additional information reporting rules for mortgages and more time for the Internal Revenue Service to audit certain types of underreported income.

But a month earlier when a couple of trade bills became law, some other tax laws also were enacted.

The Bipartisan Congressional Trade Priorities and Accountability Act of 2015 and the Trade Preferences Extension Act of 2015, both signed into law on June 29, include a variety of tax law changes, including one that will affect the millions of students and their families who take advantage of education tax breaks.

Unsubstantiated education claims: Education credits make it possible for many students and their families to pay for college. Unfortunately, sometimes the credits are claimed by people who aren't eligible.

TIGTA's use of the word "potentially" is telling. The IRS really doesn't know how many claims were wrong, either by honest misunderstanding of requirements or for fraudulent purposes. This is because there was no strict information reporting requirement.

John Dickinson, program analyst in the Refundable Credits Administration Office, noted during a session at the IRS Nationwide Tax Forum in Denver that I attended last week that in 2013 the agency received more than 10 million claims for the American Opportunity Tax Credit (AOTC).

No 1098-T verification: Of those filings, 2.5 million did not have an associated Form 1098-T. This is the information form that qualifying educational institutions file for each student they enroll and for whom a reportable transaction.

Copy A of Form 1098-T, shown above, goes to the Internal Revenue Service. Other copies are supplied to the student (Copy B) and, if different from the student, the tax return filer (Copy C).

Why no 1098-T? Because receipt of the information only form is not a requirement to claim an education credit, said Dickinson. However, he noted, a Form 1098-T is a high indicator that a claim is eligible.

Such documentation likely would have helped the IRS more quickly catch the 2,300 education claims made in 2013 by people younger than 14 and the 3,000 made by filers older than age 80. It also could have helped verify the millions of dollars in claims that previously were paid without any substantiation.

Form 1098-T soon will be required: Now the IRS is getting some verification help in stopping these incorrect education claims.

Under the new trade preferences act, 1098-T information will have to match up with American Opportunity or Lifetime Learning tax credits claims.

Similarly, a Form 1098-T will be required to claim the above-the-line tuition and fees deduction, which actually expired at the end of 2014, but is expected to be renewed under pending extenders legislation.

Basically, if you don't have a valid 1098-T with the info you're putting on your return, the IRS will not accept your education claims. This effectively means that folks claiming education tax breaks will have to wait to file until they (and the IRS) get their Form 1098-T copies, delaying filing by folks who submit their returns early because they're getting big refunds.

Delayed 2016 tax year filing, refunds: The good news is that the law calls for the provision to take effect in tax years beginning after the date of enactment. That means it applies to the 2016 tax year, returns for which will be filed in 2017.

Any 2015 filings containing education claims next year won't require the Form 1098-T to be processed.

But Dickinson did note during his presentation that audits involving education credits will increase this year. So even though it won't yet be the law, you might want to wait for your 1098-T form before filing just to be sure.

In addition to the Form 1098-T requirements, the trade bills also contained several other tax law changes. Here are some highlights.

Child tax credit limits for Americans abroad: A U.S. citizen or resident living abroad may be able to exclude from taxable income some of his/her foreign earned income and foreign housing costs.

For the 2015 tax year, the excludable income limit is $100,800 and the housing cost exclusion is $16,128 as long as the combined amounts do not exceed the taxpayer's total foreign earned income for the year.

This obviously reduces that foreign-based filer's U.S. tax bill. And the trade bill changes think that in return for this tax break, another tax benefit should be reduced. Effective with the 2015 tax year, if a filer takes advantage of the foreign earnings and/or housing exclusions, the taxpayer cannot claim the refundable portion of the child tax credit.

Now certain federal law enforcement officers and firefighters, as well as customs and border patrol officers and air traffic controllers will not face this penalty. Note that this applies to federal employees.

Under the Trade Preferences Act, the HCTC is available retroactively to the 2014 tax year and extended credit through 2019. If you were able for the HCTC in 2014, you now can file an amended return to get the credit.

Corporate estimated tax time change: Corporations with at least $1 billion in assets must now make larger estimated tax payments that are due in July, August or September 2020. The amount is increased by 8 percent. The following payment, however, is reduced by that same percentage.

The reason for this accelerated payment is, of course, to get the U.S. Treasury some tax dollars sooner.