Yep, I'm talking, again, about tax extenders legislation. These 50+ temporary tax laws must be renewed periodically, with the one to two year extensions, sometimes retroactively, giving them their name. 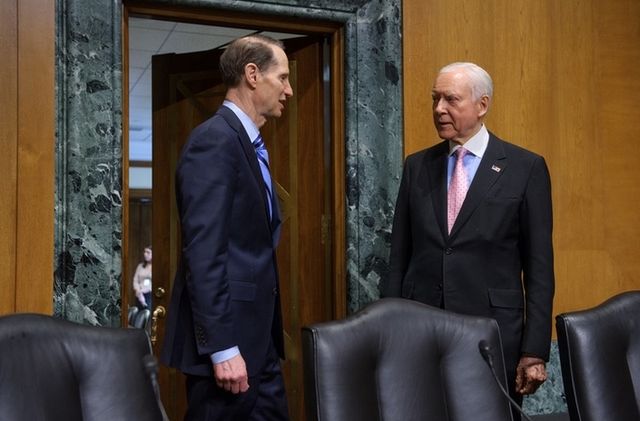 The current batch of extenders expired on Dec. 31, 2014, after being given new life retroactively for the full 2014 tax year only a couple of weeks earlier.

Now the House and Senate must decide what to do for 2015 and beyond.

Different tax tactics on Capitol Hill: Most recently, the House approach has been to approve extenders as separate pieces of legislation, making the laws permanent.

The Republican led tax-writing Ways and Means Committee also sees the popular tax laws playing a part in getting some version of  tax reform enacted.

The Senate, however, prefers to consider them en masse and extend them just through 2016.

That process begins today, with a mark-up this morning of a package of 52 expired tax provisions plus 105 amendments.

Senate extenders package: So what makes the Senate cut? Looking at the amendments list (more on that in a minute), apparently just about everything!

But the usual popular tax suspects we've come to know and love and blast as pork barrel deals over the years are there.

On the individual side of the tax code, the Senate Finance Committee extenders package includes:

On the business side, companies will see extension of the research credit, bonus depreciation, increased section 179 expensing limits, the work opportunity tax credit and, yes, the so-called NASCAR depreciation adjustment.

Add up the amendments: Then there are some additional tax provisions some Senators would like to see added to the tax code. Some of the more interesting among the 105 amendments are proposals to:

Tea Party tax-exempt applications: And since we, or rather the GOP-controlled Senate, are talking tax, of course we/they are looking at an amendment to prevent "further IRS targeting of conservative 501(c)(4)s" by reverting back to the IRS standards and definitions that were in place on January 1, 2010.

Although the law governing granting of this tax-favored nonprofit status says that qualifying groups must engage exclusively in social welfare activities, the IRS has for decades used "primarily" as the standard for 501(c)(4) approval.

Following the Tea Party (and others) targeting scandal, the agency proposed changing the regulations to make them more specific.

Republicans oppose the change as an effort that, according to the amendment's sponsor Rep. Rob Portman (R-Ohio) in a letter he sent to the IRS in April 2014, "would punish 501(c)(4) organizations for exercising core First Amendment rights." He's looking to add that language to the extenders today.

Lots of work, dwindling time: It's an ambitious agenda, similar to the EXPIRE Act approved by the Senate tax panel in 2014 when Democrats controlled that chamber.

"This is the first time in 20 years where a new Congress has started with extenders legislation having already expired, and given that these provisions are meant to be incentives, we need to advance a package as soon as possible," said Hatch in a statement announcing the markup.

Ranking Minority Member Sen. Ron Wyden (D-Ore.) who pushed through the EXPIRE Act more than a year ago agrees.

"The tax code should work for, not against, Americans," Wyden said in the joint announcement statement. "We need to extend these tax provisions now in order to provide greater certainty and predictability for middle class families and businesses alike."

And, of course, even if the Finance panel approves the package, it must clear the Senate floor and then House and Senate negotiators would have to reconcile any differences in what they want out of the extenders.

Wyden implicitly acknowledged this lengthy legislative path when he also reiterated his wish that the oft-repeated (and repeated, and repeated) extenders temporary renewal process end.

"As we look beyond next week, it's critical we all recognize and take action to end this stop and go approach to tax policy through extenders," added Wyden.

From your mouth, Senator, to the tax gods' -- and your congressional colleagues' -- ears.

If you're not near a TV and want to watch today's Senate Finance session, which starts at 11 a.m. Eastern Daylight Time, you can do so online.