No tax surprises in Senate Finance's approval of extenders bill

There were no big surprises -- heck, no surprises of any size -- from the Senate Finance Committee's mark-up Tuesday (July 21) of expired tax provisions known as extenders. 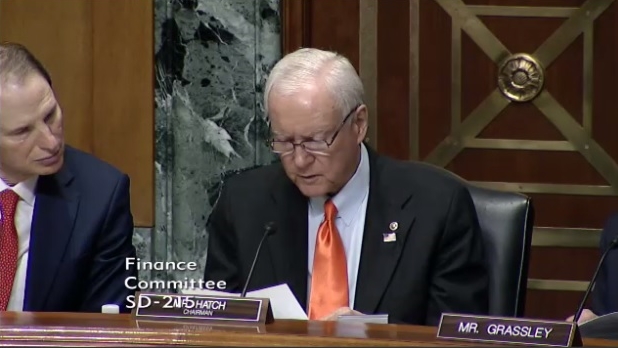 Sen. Ron Wyden (left), the Oregon Democrat who is ranking minority member on the Senate Finance Committee, and Sen. Orrin Hatch (R-Utah), chair of the tax-writing panel, kick off the July 21 hearing on which expired tax provisions, known as extenders, to temporarily renew.

The $95.2 billion tax package would renew for two years -- through the 2016 tax year -- many popular individual and business tax breaks.

Here's a quick look at some of the more widely used tax extenders that were approved by the Senate tax-writing panel.

Popular deductions return: On the individual side they include the above-the-line deductions for college tuition and fees and teachers' out-of-pocket classroom expenses of up to $250, as well as the itemized deductions for state and local sales taxes and for some private mortgage insurance (PMI) payments.

Struggling homeowner help: Homeowners who have trouble making not only PMI payments, but meeting their monthly mortgage amounts and who are forced into foreclosure or a short sale also will continue to get some tax relief. Any forgiven debt in these cases would not count as taxable income.

Mass transit parity: Workers who commute using mass transit would continue to get tax-free employer-provided benefits roughly equal to those allowed workers who drive to their jobs and pay for parking.

IRA to charity transfers OK again: Older owners of IRAs would still be able to donate up to $100,000 from their retirement accounts directly to a qualified charity and not have that money count as taxable income to the account owner.

The eligibility age to make such transfer is 70½, which also is the age at which the Internal Revenue Service requires traditional IRA owners to take required minimum distributions (RMDs). Traditional retirement account owners who don't need the RMD to live on can meet the IRS rule and not owe tax on the distribution by sending the money straight to their favorite charities. 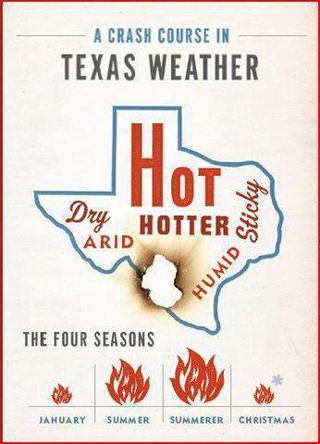 Hot, and cold, tax help: And folks who are suffering through the first major heat wave of the summer will be happy to know that they might be eligible for some tax help in making their homes more energy efficient and cooler.

They can claim the residential energy improvement tax credit for some relatively easy upgrades, such as more-insulated windows or an advanced main air circulating fan, as long as they haven't already used up the credit in prior tax years.

If you're cool with the warm weather, this tax break also could help you plug drafts when winter arrives.

Business tax breaks, too: Owners of businesses of all sizes are thrilled that several tax breaks they've come to rely are likely to be back. They include:

Offsets included: The Senate Finance Committee bill, which passed by a 23-to-3 vote, also raises some money to help cover some of the enhancements to various extenders.

The $1.8 billion in revenue would come from a couple of energy provisions and a proposal that would improve mortgage interest deduction reporting.

Tax extenders typically clear Congress without any revenue raisers when they are simply renewals of current policy. That's been a point of contention on the House side, however, where Representatives want to make many of the tax breaks permanent, but without paying for what the long-term laws would cost the U.S. Treasury.

Finance Committee Chairman Orrin Hatch (R-Utah) says that he, too, would like to see some of the extenders become permanent parts of the tax code. However, the time it would take and the fights such a move would likely to produce prompted Hatch to opt instead for the two-year renewal option.

Most amendments axed: What about the 105 amendments that were part of the mark-up discussion? Only a couple made it into the approved measure.

They are one from long-time Senate Finance member Sen. Chuck Grassley (R-Iowa) to convert the biodiesel fuels credit to a production credit and another by Sen. Debbie Stabenow (D-Mich.) to make it easier for homeowners with discharged mortgage debt to keep that amount out of their taxable income total.

That means home schooling parents buying class supplies, purchasers of over-the-counter medications that no longer are easily paid from pre-tax medical accounts, and folks who would benefit from the many other offered and withdrawn amendments are out of luck … for now.

But look for the sponsors of these proposals to try to get them OK'ed again, either as separate legislation or attached to other bills, perhaps even the eventual House-Senate reconciled extenders bill.

A vote for tax reform: Hatch did, however, manage to get a Sense of the Senate statement added that notes the committee's support for comprehensive tax reform.

Specifically, Hatch and his colleagues say that "Congress should pursue comprehensive tax reform that eliminates temporary provisions from the tax code, thus making permanent those provisions that merit such treatment and allowing others to expire, and that a major focus of tax reform should be fostering economic growth and lowering tax rates by broadening the tax base."

That's the House's goal, too, with the idea that its individually approved extenders bills will help lead to an overhaul.

Kudos to both sides for trying to get our tax system to a simpler, saner place, but I doubt a rewrite of the Internal Revenue Code will happen this year. So, here's my plea to our Representatives and Senators:

Focus on the extenders and do so quickly so that we taxpayers can make our 2015 and 2016 tax plans in time for them to really make a difference.

Feel free to share my message with your lawmakers.

Tax reform is really what is needed. We go through this every year and how much does that cost? As preparers, it makes tax planning very difficult.