Millennials continue to get a lot of attention, and not just from their parents.

This group of 18-to-34-year-olds are shaping and reshaping today's world. Sorry, geezers, but it happens with every generation. And although out hand baskets seem to be filling up, we haven't made it to hell yet. 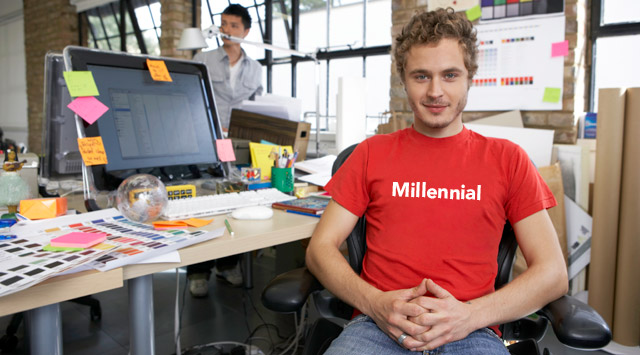 Millennials are changing what we expect from and how we give to charities. They are redefining the workplace and how we get to and from the office and other places.

We've heard all the jokes about the young adults who just won't leave home. A Census Bureau report in February confirmed the fears of many millennials' parents: More than 30 percent of that generation is still living with mom and dad.

There are lots of reasons for young adults to remain in the family home.

Many of them have spent more time getting their undergraduate and graduate degrees. Those who are through with school have had a tough time in the recession and sluggish recovery finding jobs that pay enough for them to fully support themselves. And a lot of us older folks stayed in our jobs during the tight economy, further limiting options for younger workers.

But despite their current accommodations, it looks like millennials really aren't that different when it comes to homeownership. It's just taking them a little longer to get to that mortgage-paying place.

Future millennial homeowners a lot their parents: In fact, according to a new survey conducted by Washington, D.C.-based business advisory firm the Collingwood Group, when it comes to home buying preferences, millennials are more like their parents than many think.

Sixty-five percent of people polled between the ages of 24 and 34 say they would give up some modern conveniences so that they could save for a home purchase down payment. The conveniences they say they're willing to sacrifice include cell phones, Internet connections, cable TV service and Starbucks purchases. (Shameless plug: The "Future Millionaires Handbook," an e-book I helped write, has more savings tips for millennials…and others.)

Another 75 percent of the younger generation says they would rather apply for a mortgage loan at a traditional bank rather than with an alternative lender or nonbank institution.

Only 21 percent of millennials polled are willing to pay slightly more for a mortgage "if the application process was completely online and streamlined versus more offline and paper-based." Meanwhile, 24 percent of older poll respondents (ages 35 to 75) would pay a premium for such a service.

That less than a quarter of millennials would pay extra for an easier online home loan application process is pretty amazing, especially considering how today's young people seem permanently attached to electronic devices. But it also shows that every dollar counts to these potential young homeowners. 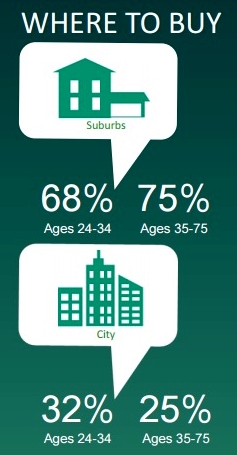 And as for that eventual residence's location, about 70 percent of surveyed millennials say they prefer to buy their first home in the suburbs instead of live among the hip urban crowd.

The bottom line is that young people still consider homeownership a worthwhile goal. And a lot of them still hold the same perspectives about homes as their folks.

It just goes to show that the so-called American Dream is still alive.

Homeownership tax breaks: Part of the reason that the goal of owning a home persists is -- you knew this was coming -- because of associated tax breaks.

Tax reasons, of course, are not the main reason anyone should buy a home. Neither should you purchase a residence as an investment. As the housing bubble that burst in the early 2000s showed, you can't rely on a structure to forever increase in or hold its value.

But if you find a place you like in an appealing location and you decide you want to own that property instead of renting it, then you definitely should take advantage of the many homeownership tax benefits.

They include the itemized mortgage interest deduction, a similar write-off for real estate taxes and, when you sell, a sizable chunk of profit that you can exclude from capital gains taxes.

The latest Weekly Tax Tip has more on these and other homeownership tax breaks.

And if you, like potential millennial home buyers, are watching your cash flow and are unsure as to whether you should rent or buy, there are several online calculators to help you compare which option is best for you right now. They include calculators from Realtor.com, the New York Times and Bankrate.