The highway funding bill that President Obama signed today may be short-term (money runs out again on Oct. 29) when it comes to providing money for roads and infrastructure, but it will have some lasting tax effects. 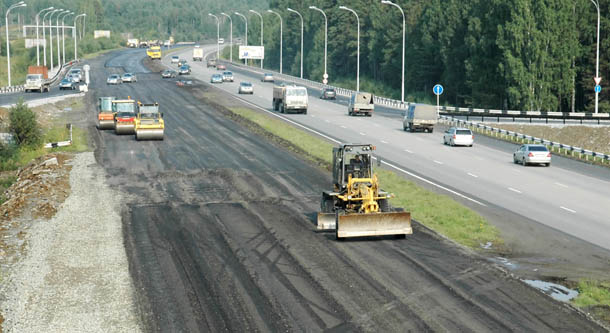 Here are some of the tax highlights from the Surface Transportation and Veterans Health Care Choice Improvement Act of 2015.

This form goes to homeowners who paid at least $600 loan interest during the tax year and is used to substantiate many of the home-related tax deductions that owners claim. The current 1098 contains the name, address and taxpayer identification number of the person who paid the home loan's interest, as well as that interest amount and any points received for the calendar year.

Now, thanks to a highway bill provision, the lenders also must include on each 1098 or substitute form the mortgage origination date, the amount of the outstanding principal on the mortgage as of the beginning of the calendar year, and the address of the property securing the mortgage.

The Joint Committee on Taxation estimates that this added home loan information will bring in an additional $1.8 billion over fiscal years 2015 through 2025.

New business return due dates: Some business filers will see some new filing deadlines next year.

The new law also calls for a maximum extension of six months for Forms 1065, U.S. Return of Partnership Income.

The new deadline for C corporations is the 15th day of the fourth month following the close of the corporation's year. That's a month later than previous law.

The new filing deadlines will go into effect for returns in connection with the 2016 tax year, which means filings in 2017.

The American Institute of CPAs (AICPA) was among the professional groups that welcomed the changes, calling the new deadlines a victory for taxpayers.

"The new structure will provide more accurate information to taxpayers in a more logical flow and reduce the number of extended and amended individual and corporate tax returns that are filed each year," said AICPA President and CEO Barry Melancon in a statement.

Foreign account deadline changes: Owners of foreign accounts face a lot of added tax filing. Now they, too, are facing some new deadlines.

The due date for filing a Financial Crimes Enforcement Network (FinCEN) 114, Report of Foreign Bank and Financial Accounts, usually referred to as FBAR (as well as some other words that start with F, such as foul, frustrating and … well, you know) has been June 30. That's changing to April 15.

However, for the first time, taxpayers who must file this report also will be able to get a six-month extension. I suspect we'll be seeing a lot of those requests for additional time, at least in the initial transition to the new filing due date.

The deadline for Form 3520, Annual Return to Report Transactions With Foreign Trusts and Receipt of Certain Foreign Gifts, also will be April 15 for calendar-year filers. It, too, will offer a maximum six-month extension.

IRS gets longer to look: Tax law says that if you omit 25 percent of your income, the IRS has six years instead of the usual three to find out about the oversight and audit you.

A few years ago, the IRS tried to apply the longer limit in the case of Home Concrete & Supply, which overstated basis on some property. Basically, the more basis you have, the smaller your taxable profit, leading to a lower tax bill.

The Home Concrete case went to the Supreme Court, which in 2012 told the IRS "no," inflated basis is not the same as not reporting income. Three years is all you get.

The transportation bill adds language to the Internal Revenue Code (Sec. 6501(e)(1)(B) if you want the specific cite) noting that, "An understatement of gross income by reason of an overstatement of unrecovered cost or other basis is an omission from gross income."

Home Concrete is still off the hook thanks to the Supreme Court ruling. But the new interpretation applies to returns filed after the date of enactment, which is July 31, as well as previously filed returns that are still open under the code section.

These are just some of the tax highlights from the new transportation bill. You can check out the rest in the Ways and Means Committee's summary of the bill's tax provisions, as well as the Journal of Accountancy's roundup.