Home Table of Contents Tax Tips Credits Deductions Refunds State Taxes Politics/Laws Tax Terms Archives
Most CPAs report having clients who were tax ID theft victims
Plus, steps to take if you were, or become, one of those identity theft victims
Most millennials want houses like their parents, eventually

Numerous powerful tornadoes ripped through the Midwest earlier this week. Expect disaster declarations to be issued in the coming weeks for some the hardest hit areas. 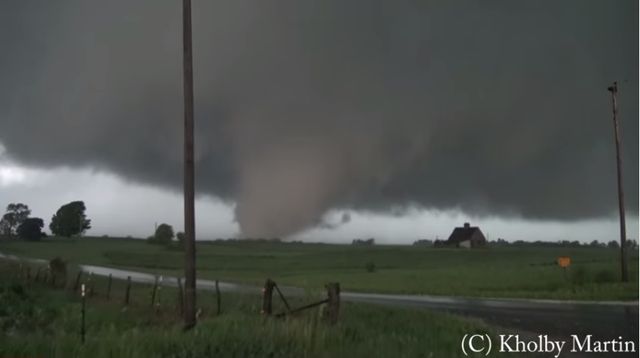 Meanwhile residents in Arkansas, Oklahoma, Texas and Wyoming are still recovering from deadly storms that hit parts of those states in May and June.

Special designation means tax help sooner: Getting back to normal could be a bit easier since the Internal Revenue Service has announced tax relief for those storm-affected individuals and businesses.

Several counties in each of the states were declared major disasters by the president, meaning, in part, that folks who sustained property damage can file amended tax returns for the 2014 tax year. Those revised filings might get them tax refund money sooner than if they wait to claim the damages on their 2015 taxes next year.

Below are the counties named presidentially-declared disaster areas in each state. The state names are links that will take you to more details at the IRS website.

Wyoming
Johnson and Niobrara counties in Wyoming have been declared federal major disaster areas. Those counties were the hardest hit by severe storms and flooding that started on May 24.

In all of these disaster areas, individuals who live or have a business in the affected counties may qualify for tax relief.

Taxpayers in any of the designated areas don't have to worry about contacting the IRS. The agency automatically identifies taxpayers in the covered disaster areas and applies applicable filing and payment relief.

Other taxpayers who live or have a business outside the covered disaster areas and believe they also should be granted tax relief need to call the IRS' toll-free disaster hotline (866-562-5227) to request possible special disaster tax treatment.

You also can find more about natural disaster preparation, recovery, helping those who sustained damages and, yes, other tax issues on the ol' blog's special Storm Warnings Web page.