CoreLogic made its required June tax payment to the upstate New York village of South Glens Falls, but it made a big mistake. It overpaid the amount due.

That overpayment, along with some calendar issues, resulted in the firm owing a fine. 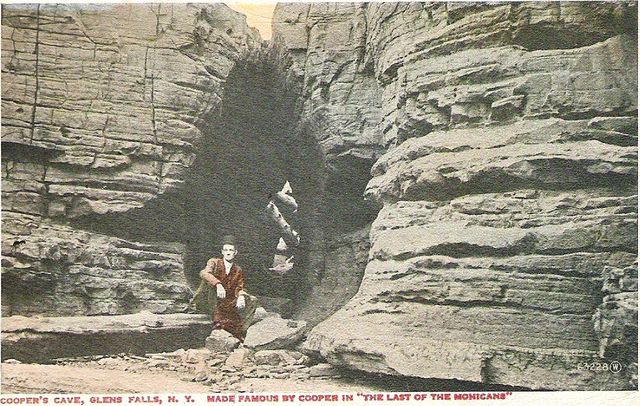 South Glens Falls, a village in Saratoga County, New York, is home to Cooper's Cave, shown above in a vintage postcard courtesy Delcampe, which was made famous by author James Fenimore Cooper in the first American novel, "The Last of the Mohicans". It also has strict rules on tax due dates and payment amounts.

Paid, more than in full, early: CoreLogic, which makes property tax payments for mortgage-holders, sent $21,333 to the village to cover its June tax bill, according to a PostStar.com report. The check arrived well in advance of its July 1 due date.

But because the remittance was for more than was due, the South Glens Falls' clerk rejected it.

So the company sent another check for the correct amount. That payment, however, arrived after the deadline.

And since the correct payment was late, CoreLogic was hit with a 5 percent penalty.

Protest to no avail: Understandably upset CoreLogic officials protested, arguing that the first, early check should not have been rejected.

The Village Board of Trustees said, sorry, but rules are rules.

"It's an unfortunate circumstance that CoreLogic can't get it right," Michael Muller, the village's attorney, told PostStar.com. "There's no wiggle room. Not being mean. No, there is no refund due. You're late. Penalty imposed."

That by-the-book penalty amount of 5 percent is this week's By the Numbers figure.

Fraud deterrence rules: And Muller wasn't kidding about the village not having an alternative went it came to the original, excessive check. In order to deter fraud, Muller said the town's computer system is set up so that it won't accept overpayments.

As the hubby will tell you, I'm all for following rules (and making sure he does, too!). Still, this looks like a classic case of bureaucratic rigidity.

And maybe a sneaky way of collecting of little extra revenue.

Tax relly can be taxing. In this example, the tax office should have accepted overpayment and returned the balance to the company!