That comment was National Taxpayer Advocate Nina E. Olson getting all literary in her 2015 mid-year report to Congress. 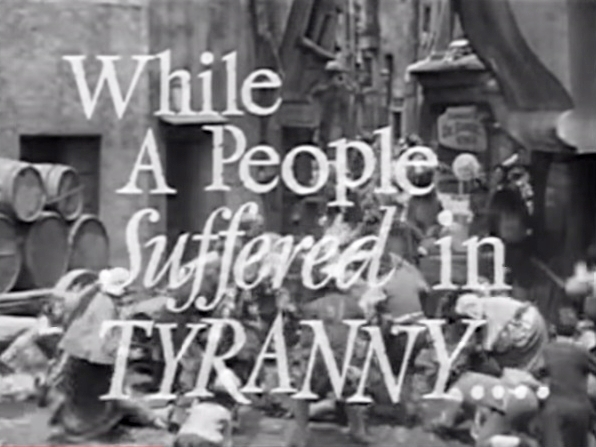 If you prefer a celluloid take on Charles Dickens' classic novel about politics, class conflicts, sacrifice and, yes, love amid the French Revolution, click the screen shot above to see the trailer for the 1935 MGM film.

OK for the IRS: The Internal Revenue Service's Dickensian best of times was that during the 2015 filing season the agency was able to process 126.1 million individual tax returns. That's almost a million more than the number of returns the IRS handled in 2014.

And it did the job with, yet again, a smaller budget.

But the worst of times, which mainly were encountered (as predicted) by taxpayers this filing season, included a variety of problems.

Hold, please: Only 37 percent of taxpayer calls that made it through to IRS customer service representatives were answered. That's slightly worse than a preliminary analysis of 38.5 percent phone help.

And it's down dramatically from the 71 percent that were answered in 2014.

Those few who did get an answer had to wait for it on average 23 minutes. The prior filing season's hold times averaged about 14 minutes.

Tax professionals did a little better, but not much. The IRS answered only 45 percent of calls from practitioners who called the agency's Practitioner Priority Service line, which the agency closed on Saturdays and holidays this year. Hold times there, however, were longer, an average of 45 minutes.

Hang ups: But at least almost a third of individuals and almost half of tax pros got through.

Almost 9 million callers experienced a "courtesy disconnect" when trying to reach an IRS representative during filing season. This euphemism is how the IRS describes essentially hanging up on a taxpayer because its switchboard is overloaded and cannot handle additional calls.

Online or out of luck: The IRS saw the phone issues coming, as well as limits to its Taxpayer Assistance Centers (TACs), so it tried to direct people to online options.

That's all very well if you've got a reliable Internet service provider. But, notes Olson, it's a burden on taxpayers without Internet access or who aren't that comfortable with online options.

It might be unfathomable to all y'all reading this post, but a lot of folks still rely on or prefer picking up paper copies of IRS forms and publications. They were out of luck, with the IRS limiting such documents at its TACs and partners such as libraries and post offices.

In addition, the tax material did not arrive at those locations until Feb. 28, almost halfway through the filing season. And once a distribution site ran out of forms or publications, it could not order more.

"For a tax system that relies on voluntary self-assessment by its taxpayers, none of this bodes well," she wrote.

"In fact, there is a real risk that the inability of taxpayers to obtain assistance from the government, and their consequent frustration, will lead to less voluntary compliance and more enforced compliance," Olson wrote.

Money matters: One answer to these service problems is more money to upgrade systems and hire people to do the jobs.

Olson has made that point in prior reports and brings it up again in this one, reiterating her longstanding view that the IRS requires additional funding to meet taxpayer service needs.

Don't look for the House or Senate to go along with that, at least not as long as the political partisanship continues at its current excessive level.

And Olson implicitly notes that unfortunate political/fiscal reality. She also points out in the report that "temporary periods of limited funding can have the salutary effect of causing an organization to rethink its mission and allocate its resources more effectively."

Yes, doing more with less is a possibility. And the IRS should use whatever resources it gets as efficiently as it can.

But it's definitely not a "far, far better thing" when it comes to fulfilling taxpayer needs.