Which candidate's tax return do you most want to see?
Christie joins GOP race, Bush reveals 33 years of tax returns

New Jersey Gov. Chris Christie is today's entrant into the ever-expanding Republican field to be the party's 2016 nominee for the White House. He's the 14th official major GOP candidate. 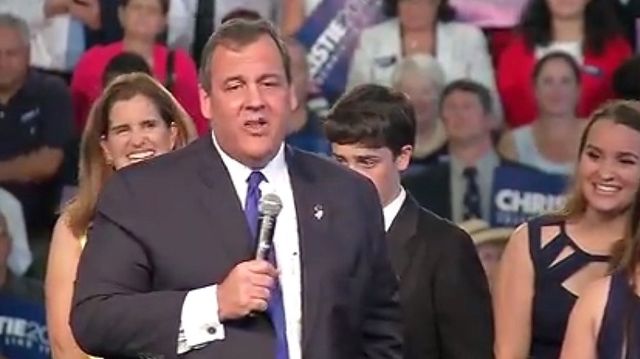 On the one hand, it's good so see so many people interested in contributing to the country's political dialog.

On the other hand, with so many candidates who don't have any chance of ever sitting in the Oval Office, and that includes you Donald Trump, the odds of conducting any substantive policy debate are small, at least in the primaries.

Still, it's the American political way.

Tax transparency: Part of the process in recent presidential campaigns also has included the candidates opening up their tax books. Most of the time, this happens once the parties select their official nominees.

Sometimes the candidates resist, as did Mitt Romney did for a while in 2012.

Other times, folks are eager to let the voters see what's on their 1040s. That's the case this year with GOP nomination seeker Carly Fiorina, who's already posted her 2012 and 2013 tax returns.

You read right. More than three decades of tax filings. Well, I know how all us tax geeks will spend our Fourth of July weekend.

UPDATE, June 30, 5 p.m. Central Time: He followed through. Tax filings released this afternoon by Bush -- and yes, there were 33 years worth of them -- show that he made $29 million after leaving the Florida governor's mansion, mostly through consulting and speaking fees. His investments included offshore holdings and business ventures in the shipping and oil industries.

As for taxes on those substantial earnings, Bush and his wife, Columba, paid 40.1 percent effective federal income tax rate in 2013 on more than $7 million in earnings. In the other years, their federal tax rate was slightly lower: an average of 36 percent since 1981. Florida has no state income tax.

Bush's tax rate in 2013 was more than double what President Barack Obama paid in 2014 and nearly triple the rate shown on Romney's 2011 return. "It's not something I'm bragging about," Bush said.

Seriously, I appreciate Bush's quest to set the record for personal tax transparency. The previous record was set by then-Sen. Bob Dole in 1996 when he released 30 years of returns.

Thanks for being so open, Jeb. As a former Florida resident, I am curious as to what you reported on your returns during the six years the hubby and I lived there. But I think 33 years of tax documents is a bit of overkill.

And just how did you come up with 33 years? Are those all your tax returns? Or just those that were easily accessible?

Who wins your candidate tax return vote? Will you look at any of Bush's returns? If you don't care about his 1040s, which candidate's returns are you the most curious about?

I suspect The Donald will win this unscientific poll. Too bad for him that it doesn't count in the poll results that will bused to ensure he makes the Republican National Committee's debates.