About the only thing that gets people more worked up than the amount tax they pay is the amount of tax that others don't pay, specifically because the nonpayers are cheating on their returns.

That's why the Internal Revenue Service has a whistleblower program, where you can turn in suspected tax cheats. If your information pans out, you might even collect a nice reward.

The United States is not alone in offering financial incentives for leads on tax scofflaws.

Her Majesty's Revenue and Customs (HMRC), the United Kingdom's version of our IRS, also pays for information on tax dodgers and it's doing a booming business. 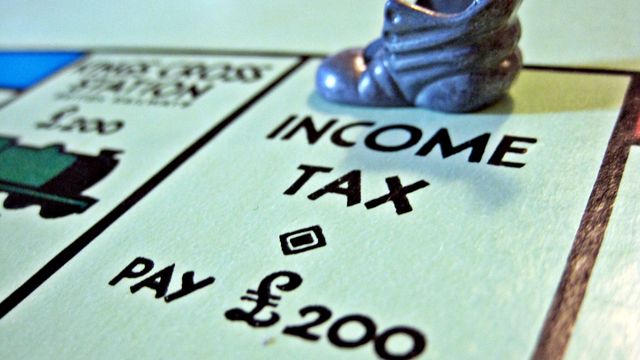 HMRC payments to tax informants reached a record £605,000 in the 12 months ending in March. That's a 50 percent increase from the £402,000 British tax collectors paid whistleblowers during the same time frame in 2013-14.

British tax gap: The U.K. welcomes any help it can get in finding tax cheats because that nation has the same tax gap problem as the United States. This is the amount of money a government is owed by taxpayers, but which it hasn't been able to collect.

Great Britain's tax gap officially is estimated at £34 billion, or $53 billion U.S. Others, however, have come up with a much higher missing tax amount.

A report prepared for the Public and Commercial Services Union, which represents most staff at HMRC and is the U.K. version of the United States' National Treasury Employees Union, found that tax evasion in the U.K. was expected to reach £85 billion ($133 billion U.S.) in 2014-15, with another £40 billion ($63 billion) going uncollected due to non-payment or tax avoidance.

That's a lot of poundage, in every sense of the word.

More tipsters, but not always rewarded: The increase in the rewards are directly related to the increase in tips coming not only from former spouses and previous employees, but also from folks working in the financial or professional services.

HMRC, however, doesn't publicize its willingness to pay for tax cheat tips, and says that most of those providing information via its secure website or its tax evasion telephone hotline do not receive any rewards.

Cash rewards are discretionary and, as with the IRS whistleblower program, are based on what is brought in as a direct result of the information provided.

Unlike the IRS system, however, Brits are more willing to share tax cheat information simply for the sake of making sure their government gets what it is due.

"We receive information from a wide variety of sources and it is always used to make sure everyone pays what they should," an HMRC spokesperson told The Guardian. "The majority of people who provide information to us do so without any expectation of a financial reward."

Really? While those of us on this side of the Atlantic do want everyone to pay their fair share of taxes, we're also almost Pavlovian when it comes to rewards. I suspect that without at least the prospect of a payout, fewer Americans would rat out tax evaders.

Like the love of soccer, less chilled beer and some notable variations in our shared language, the expectation of a reward for a tax cheat tip is just another distinguishing difference between the United Kingdom and the United States.