While most of us were focused on the recent Supreme Court health care and marriage rulings, and I plead guilty here, some other tax-related events were quietly taking place, like a look at those still-missing Lois Lerner emails.

We're now into the second year of this mess (781 days so far by TaxProf's count), and Lerner, the now-retired/fired Internal Revenue Service executive in charge when the Tea Party tax-exempt status scandal broke, is still under the gun

The latest revelations about missing IRS emails that might shed some light on the agency's process for assessing and approving 501(c)(4) not-for-profit status applications came in a June 25 hearing conducted by the House Committee on Oversight and Government Reform. 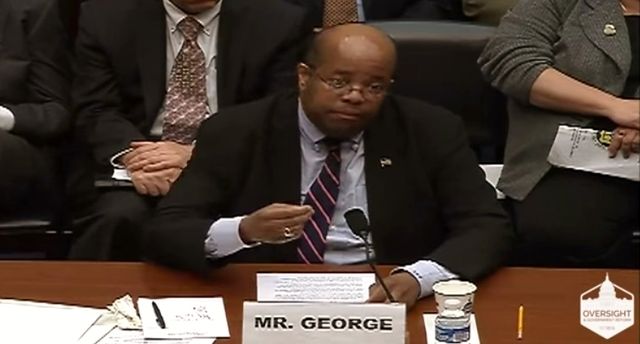 Treasury Inspector General for Tax Administration J. Russell George testified last week before the House Oversight Committee on the tens of thousands missing emails that might have shed light on the IRS Tea Party tax-exempt status scandal. You can watch the hearing yourself if you have a couple of hours; part 1 is here, part 2 here.

The news is not good, for either Lerner or her former employer.

Just 1,000 emails recovered: Treasury Inspector General for Tax Administration Russell George and his deputy, Timothy Camus, told the House panel that while their investigators were able to recover more than 1,000 of Lerner's emails that the IRS previously did not produce, up to 24,000 were wiped out.

George told the Representatives that the missing email figure came from findings that 422 tapes most likely to have contained Lerner's emails from 2010 and 2011 were erased in March 2014. TIGTA was unable to recover all of the missing emails on those tapes.

But there's even worse news for the IRS.

TIGTA says the IRS "did not search for, review or examine the two separate sources of backup tapes, the server hard drives, or the loaner laptops that ultimately produced new, previously undisclosed e-mails."

That finding is fuel for the fire that Oversight Committee Chairman Jason Chaffetz (R-Utah) and his unofficial panel deputy Rep. Trey Gowdy (R-S.C., who's also head of the House's special Benghazi committee) have been stoking for months.

The duo and their fellow Republican colleagues have blasted IRS Commissioner John Koskinen over his repeated testimony that the agency has done everything it could to find and hand over Lerner's electronic communications.

Not IRS HQ, but low-level staff: TIGTA, however, does not put the blame at the commissioner's doorstep. Rather, George and Camus it found that two lower-level employees at a Martinsburg, W.Va., IRS facility erased the tapes as part of their normal housekeeping procedures.

That statement is similar to official IRS explanations that the improper questioning of groups seeking tax exempt status was initiated by staff in the agency's Cincinnati office, not by Lerner or at the direction of the White House as some in the GOP have charged.

"The investigation uncovered testimony and email traffic between IRS employees that indicate that the involved employees did not know about, comprehend or follow the chief technology officer's May 22, 2013, email directive to halt the destruction of email backup media due to 'the current environment' and ongoing investigations," George told the Oversight Committee.

"It appears they had a misunderstanding of the memo; they thought it was for hard-drives and personal computers, not backup tapes," Camus added.

Inept, not malicious: Pressured by Oversight members, Camus acknowledged that the back-up tax destruction probably wasn't an accident committed by IRS employees. "They have to pick up the tapes and place them on a machine to obliterate" data, he told the hearing.

But neither does the erasure appear to have been expressly done to eliminate evidence. Rather, said Camus, it might indicate "incompetence."

Sadly, given all the other public perception issues the tax agency has had to deal with, ineptitude instead of willful obliteration official records probably is the more preferable spin for the IRS.

TIGTA's full written report on its look into Lerner's missing emails could be released as early as this week.

Speaking as a retired IRS revenue agent, this amazing set of coincidences and screw-ups which always favor the Administration are beyond the realm of believability.

Commissioner Koskinen should be impeached.