The wheels of tax justice continue to grind along, with federal law enforcement officials celebrating what is believed to be the stiffest jail term ever handed out in connection with tax fraud. 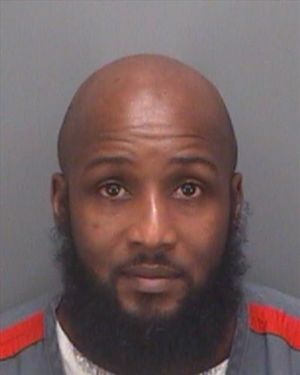 James Lee Cobb, III (at left), a 37-year-old Tampa, Florida, resident was, sentenced last week to 27 years in federal prison for his role in a scam to claim more than $1.8 million in tax refunds that were filed for by using stolen identities. He pleaded guilty to the charges last December.

Stiffest tax fraud sentence ever: That sentence tops the 21 years self-proclaimed tax fraud queen Rashia Wilson received in 2013 and again earlier this year following an appellate court order that the length of the sentence be re-evaluated.

Court documents show that Cobb was part of a group that used more than 7,000 stolen names, dates of birth, and Social Security numbers to file false tax returns and open pre-paid debit cards. Beginning sometime in 2011 (the date's not clear), Cobb and his co-conspirators filed false tax returns claiming approximately $3 million in refunds, almost $2 million of which was erroneously paid by the Internal Revenue Service.

In executing a search warrant at Cobb's home, investigators recovered the lists and medical records used as part of the tax identity tax fraud scheme. Much of the victims' personal information was stolen from healthcare facilities, including from the James A. Haley VA hospital.

Tax ID theft hot spot: Tampa has long held the dubious title as the country's tax identity theft capital. And that city's medical center for veterans apparently is a ground central for tax crooks. In September 2013, a volunteer at Haley was charged with stealing patients' identities and, along with another man, of using the information to file fake income tax returns.

When Cobb finishes his almost three decades behind bars, Cobb also will face five years of supervised release. He also must come up with the $1.8 million stolen during the scheme.

I'm pretty sure that Cobb won't make enough over the next 27 years at in-prison jobs to cover that amount, but the restitution order is part of his sentence. Just in case.