I was born and spent the first 18 years of my life in the desert terrain of West Texas. That's probably why our first family vacation to the Texas coast to see the ocean, as we called the Gulf of Mexico, is still such a vivid memory all these many years later. 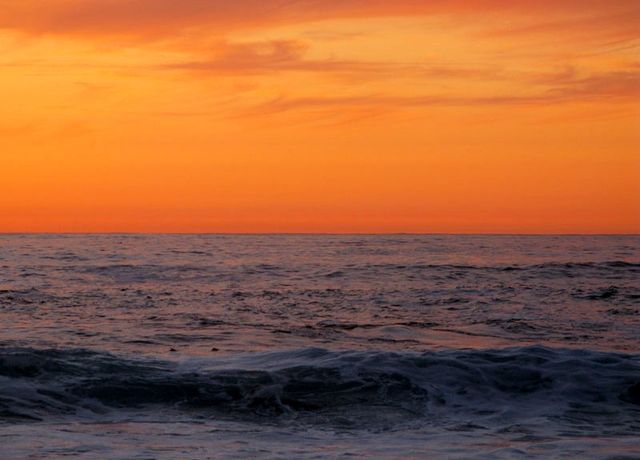 The hubby and I were lucky enough to live for while in South Florida. Our home was a 15 minute (as long as we didn't hit any open Intracoastal Waterway bridges) drive to the beach. My workplace was even closer, so I often spent my lunch break looking out at waves.

I'm recalling those fond times spent along the coast on this World Oceans Day 2015.

Coastal population explosion: And because I'm a tax geek, I'm also thinking about how much money we spend not necessarily on oceans but, since we're a land-based species, on the coasts.

In the United States, counties directly on the shoreline constitute less than 10 percent of the total land area (excluding Alaska), but account for 39 percent of the total population, according to the National Oceanic and Atmospheric Administration (NOAA). That percentage translates to, using 2010 Census data, 123.3 million people.

This means that coastal areas are substantially more crowded than the United States; in fact, coastal shoreline counties have more than six times the population of the corresponding inland counties.

And this coastal population explosion is expected to increase. NOAA projects the U.S. coastal density will grow by 8 percent by 2020.

Cost of coastal reclamation: Meanwhile, as more of us move toward water, our coastlines are disappearing. I'm not just talking the loss of waterfront land to housing; I'm talking literal disappearance of coastal land.

Beaches, and particularly the barrier islands that run along many of them, naturally shift in response to changes in sea-level, available sediment and storms.

Instead of accepting this natural order of the living rock we occupy, people fight the process. We build sea walls and jetties and when those ultimately fail, we rebuild the beaches. 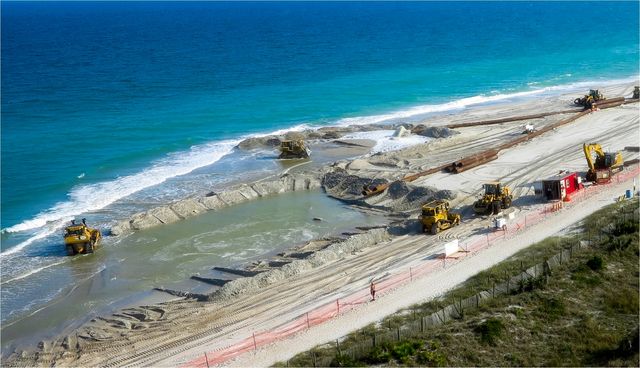 And who pays for this repetitive yet ultimately useless exercise against nature? Taxpayers.

Between 1995 and 2002, the U.S. federal government spent $787 million on beach nourishment and has historically subsidized two-thirds of total nourishment costs to coastal communities, according to the recent study "Climate Adaptation and Policy-Induced Inflation of Coastal Property Value."

Mother Nature always wins: It's time that we faced the reality that we can't beat Mother Nature, at least not along the coastline. And we need to stop using our tax dollars to subsidize this destined-to-fail effort.

Congress took one step toward this with the passage of the Homeowner Flood Insurance Affordability Act of 2014, which took effect April 1. Under this law, the once remarkably low cost for federal flood insurance went up, dramatically in some places.

Premium increases range from an 18 percent hike for primary homeowners and a 25 percent increase for owners of coastal vacation homes or rental properties. A new surcharge will also be assessed.

The change to the federal flood insurance program won't stop building or rebuilding on our coasts, but it will put more of the costs on property owners.

Return to a natural seaside state: We should, however, go further. Instead of subsidizing building and rebuilding of houses and beaches in the wake of storms, we should return that property to its natural state.

Make much of it state or national parkland.

Yes, it would cost to buy the real estate. But that one-time expense eventually would be recouped by no longer repairing land and structures that the ocean periodically claims.

Disaster recovery costs would be cut, too, as these natural areas could regenerate in large part on their own once the storms clear.

The New Zealand Coastal Policy Statement requires local governments to examine "managed retreat," the abandonment of structures that are or will be impacted by sea level rise and other coastal hazards in the future.

The Australian government is providing significant funding for projects that foster coastal adaptation, including the sensible abandonment of some coastal areas that will become too costly or environmentally damaging to maintain.

Americans and our lawmakers would be well advised to at least look into similar coastal approaches before it's too costly -- or too late -- to make any changes.

Some great ideas. At the Jersey shore places like Atlantic City, Margate, Ventnor, etc. are facing these problems but sad to say and excuse the pun "with their head in the sand." Nature is gonna get you sooner or later. You make some compelling points but I doubt any of this will ever get done until things get really, really bad.