Most folks are bargain hunters, but women face some definite obstacles in getting the best price on many common consumer goods.

For years, studies have consistently shown that women pay more than men for items like shampoo, deodorant, razors and shaving gel. The only thing that's changed is just how much more we pay, as inflation ups the prices every year. 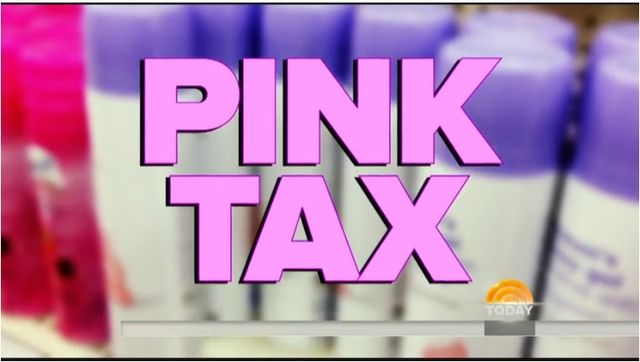 This so-called pink tax now stands at around $1,400 a year more that female shoppers pay for personal hygiene products than do their male shopping counterparts for essentially identical items. At least one estimate puts this total as high as $100,000 over the course of a lifetime.

The added money that women pay for grooming products on store shelves obviously is not a true tax.

Ohio targets tampon tax: However, a group of Ohio lawmakers is looking to reduce the literal tax costs of being a woman in their state.

State Reps. Greta Johnson and Rep. Emilia Sykes, both Democrats who represent Akron, have introduced H.B. 272, which would provide a tax exemption for feminine hygiene products.

Specifically, the Buckeye State lawmakers want the purchase of tampons, panty liners, menstrual cups, and other products "the principal purpose of which is feminine hygiene in connection with the menstrual cycle," to be free from state and local sales taxes.

In a press conference announcing the legislation, Johnson said that by taxing those products, the state exacerbates the wage gap -- women overall make around 77 cents compared to $1 men get for the same jobs -- and imposes unnecessary burdens on women.

Economic as well as health reasons: Rep. Kevin Boyce is among the 16 Ohio House colleagues of Johnson and Sykes who have cosponsored the measure.

Boyce, a Democrat from Columbus, cited the economic grounds as part of his reason, noting that any tax break would benefit the single mothers in his district who already have enough problems trying to make ends meet.

As for those who might shy away from the bill for reasons other than its tax purpose, Johnson noted that the biological reality that the products address is "just a fact. We need to stop pretending that this is a shameful issue."

Despite Johnson's admonition that her colleagues deal with the issue as adults, I suspect that if this bill progresses, it will do so with as little debate as possible.

Oz tax also targeted: Meanwhile, Johnson, Sykes and the other Ohio lawmakers advocating for tax-free feminine hygiene products have some company in Australia.

A petition there prompted Australian Treasurer Joe Hockey to announce his support for efforts to exempt feminine sanitary products from Oz's goods and services tax (GST).

The petition, which had almost 100,000 signatures when presented to Hockey, was prompted by the gender tax disparity on various products.

Feminine hygiene products have faced the 10 percent Australian GST since 2000.