Louisiana is among the states still struggling to come up with a budget. 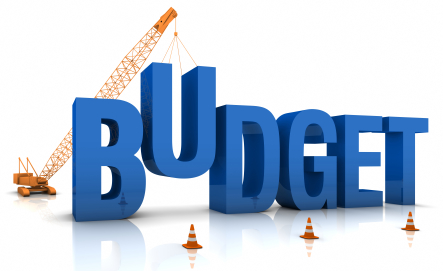 That's always a difficult process, but it's gotten stickier in recent years. As state money troubles have grown, lawmakers have found themselves bombarded not just by constituents and in-state lobbying groups, but also pressured by folks well outside their state boundary lines.

Such external political pressure has reached a new level in the Pelican State, where the state budget battle has expanded into a fight with the preeminent Washington, D.C., anti-tax organization.

But instead of rallying Louisianans to the cause to convince their governor to change his policy, some GOP lawmakers are asking for tax doctrine dispensation from Grover Norquist.

No taxes, no how: Norquist is the founder and president of Americans for Tax Reform, the group most known for the no-tax pledge it has convinced hundreds of federal and state legislators to sign.

The promise, officially titled the Taxpayer Protection Pledge, gets in writing a commitment to oppose tax increases and oppose any net reduction or elimination of deductions and credits unless they are matched dollar for dollar by further reducing tax rates.

Now, however, some legislators are finding that math just isn't adding up in their states. That's a pretty big admission when you consider that in many cases state budgets rely on gimmicks and other tricks that may make finances appear more stable than they are.

A few lawmakers have bucked Norquist and his pledge in the past. During the 2011 federal budget crisis, 40 GOP members of Congress admitted that taxes needed to be part of the solution. Jeb Bush, the former Florida governor who is expected to announce his quest for the White House next week, also has refused to sign the pledge.

As I've said before, I don't get it. Americans for Tax Reform (ATR) is based in Washington, D.C. I'm not sure where Norquist lives -- D.C., Maryland or Virginia are on the short list -- but it's a safe bet he's not registered to vote in Louisiana and doesn't have to deal personally with any legislation enacted there.

Seeking tax OK: Still, lawmakers bow down to his no-tax dictate, often against the wishes of folks who live in their states.

Joel Robideaux, chairman of Louisiana's Ways and Means committee, send Norquist a letter pleading that he let Jindal sign legislation that raises some taxes. Ten of his colleagues also signed the letter.

Robideaux and 10 of his colleagues who signed the letter are opposed to a Jindal's proposal, a so-called higher education tax credit known as the SAVE Act, that they argue would created a dangerous precedent. The credit is "a purely fictional, procedural, phantom, paper tax credit" that would, they tell Norquist, actually give future lawmakers a loophole for raising taxes.

The Louisiana Public Affairs Research Council is harsher, calling the credit "a misuse of the tax system." A tax system should generate revenue to support needed public services, says the think tank, but SAVE does not generate dollars for the state and "is being used merely to masquerade and promote tax increases."

No from Norquist: Norquist is not convinced. He sent his own letter to Robideaux et al, telling them essentially that their opposition to the education credit is their problem. He writes:

"ATR does not support or oppose the SAVE Act. While the SAVE Act does include a credit that can be used to offset other tax increases, there are other ways to achieve revenue neutrality, such as by repealing the corporate franchise tax and/or cutting the state income tax. If you don’t like the SAVE Act, why not find other offsetting tax cuts that are more to your liking? ATR is agnostic as to whether a credit or deduction is good policy. We merely call balls and strikes regarding whether a change in tax law results in a net tax increase."

He also chastises the state in general:

"The government of Louisiana has been overspending for decades and has grown much faster than the rate of inflation and population growth."

And the Louisiana House of Representatives specifically:

"Members of the Louisiana House of Representatives couldn’t even find the political will this year to pass legislation that would end the use of taxpayer resources for the collection of government union dues. The fact that such a commonsense reform couldn’t get done is disconcerting."

Do your jobs! Here's my message to Robideaux and his fellow Louisiana lawmakers: Man and woman up.

Quit paying so much attention to a lobbying group that is raking in millions of dollars a year as an Internal Revenue Service approved nonprofit and worry about what's right and good for the folks who live in your state.

Sometimes that means raising some taxes, regardless of what external groups with their own agendas think.