But the Internal Revenue Service gets the short end of the gambling revenue stick. That's why the tax agency is considering changes to how it learns about gamblers' winnings.

The IRS announced back in March that it might one day consider lowering the amount of winnings from bingo, keno, and slot machine play that would trigger the issuance of an official earnings statement. 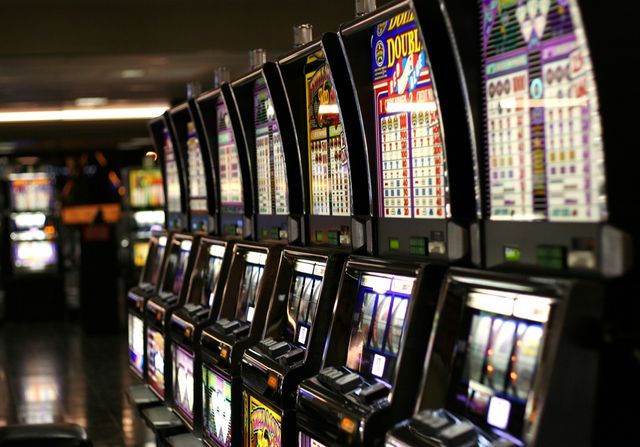 But in the subsequent 38 years, notes the IRS, things have changed. So, says the agency, it might be better -- at a future time, the agency stresses -- if a Form W-2G, Certain Gambling Winnings, was required when those winnings hit just $600.

Better for the IRS, sure. But not necessarily better for gamblers and the facilities where they place their bets.

And the gambling folks are letting the IRS know of their objections.

The agency held a public hearing today, June 17, at its Washington, D.C., headquarters. Before today's in-person comments, tens of thousands of folks voiced their objections in writing and online.

Rule change for changing times: The IRS made its case for the lower reporting threshold in its proposed rule change announcement three months ago.

"There have been significant changes in gaming industry technology since [1977]," noted the IRS. "For instance, today many gaming establishments employ electronic slot machines and other mechanisms, such as player's cards, that permit electronic tracking of wagers and/or winnings. In addition, there have been many changes in the tax information reporting regime since the late 1970s, such as the enactment of backup withholding and requirements for electronic filing of information returns, including the Form W–2G."

All these advancements have the agency and its bosses at the Treasury Department thinking that the regulations for reporting winnings from bingo, keno, and slot machine play need to be updated, again at some future date.

Whenever that might happen, says the IRS, it also could offer opportunities to reduce and simplify the tax reporting burden.

Basically, the IRS is looking at possibly, eventually truing up the gambling reporting guidelines with the general information reporting threshold of $600 for payments made in the course of a trade or business.

Vociferous opposition: Obviously, those who make their livings on betting adamantly disagree with the IRS and Treasury analysis.

At today's hearing, Geoff Freeman, president and chief executive of the American Gaming Association (AGA), told Treasury and IRS officials that the $600 change idea is "far more complicated, onerous and unproductive" than they realize.

The lower winnings change wouldn't necessarily bring in substantially more money to the government, Freeman said. It would, however, would cause a big burden "for everyone involved, including the IRS," the gambling industry rep said, reiterating much of what his group said in a letter on the matter.

Freeman's comments were echoed by other members of the gambling industry, from operators of tribal casinos to facilities at such places as auto racetracks, who testified at the hearing.

Much the same was said in the pre-hearing comments. People from every state in the U.S. signed the AGA's petition against the proposed changes. Another 14,000-plus anti-$600-winnings-level (and other gambling regulation proposed changes) comments were posted on Regulations.gov.

Unsurprisingly, the comments are overwhelmingly opposed to the lower reporting limit. The public postings do make entertaining reading, though, resembling a contentious thread on the social sharing website Reddit.

Congress against increase: Even some members of Congress got involved.

"We strongly believe the IRS should not consider any reduction of this reporting threshold, as any lowering … would have significantly negative impacts on casino operations and consumers," wrote members of the Congressional Gaming Caucus in a letter to IRS Commissioner John Koskinen. The bipartisan House group, formed in 2013, includes lawmakers whose districts have casinos or are considering gaming expansion.

In fact, argue the 17 caucus members who signed the letter, since the thresholds were set in 1977, they actually should be increased to account from the intervening inflation. The $1,200 slot threshold, for example, would be around $4,700 in today's dollars.

Odds against change: I suspect that the IRS will stay true to its plan to hold off on the reporting threshold increase for a while. Opposition is just too strong right now. And the IRS has a history of bowing to public wishes in this area.

Back in 1977, the IRS got similar push back when the agency tried to set the bingo, keno, and slot machines reporting threshold limit at, you got it, $600. The agency ultimately decided instead on the current limits that are twice or more that proposed payout level.

Report all earnings: Remember, the reporting requirements are only in place to ensure that the IRS gets at least some confirmation of winnings.

If you don't win enough to trigger issuance of a Form W-2G, that doesn't absolve you of the taxes due on the smaller jackpot. All gambling winnings, regardless of amount, are taxable income.

However, if more and more people keep ignoring this federal law, you can bet that the IRS eventually will get its lower reporting limits.