The Internal Revenue Service hasn't always followed the law when it comes to making business deals.

Specifically, according to the Treasury Inspector General for Tax Administration (TIGTA), the IRS has violated the federal law that prevents it from doing business with businesses that haven't paid their taxes. The IRS also ignored the other portion of that law, enacted in 2012, that prohibits agency contracts with companies that have been convicted of felonies. 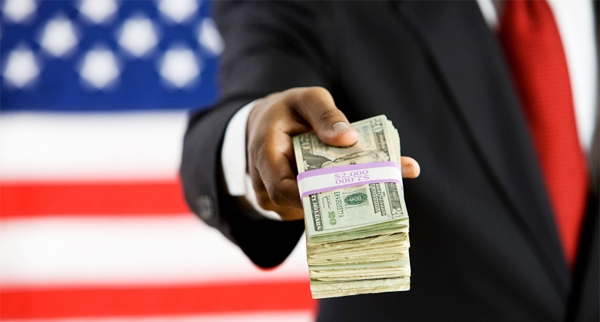 In total, during fiscal years 2012 and 2013 the IRS awarded 57 contracts to 17 corporations that weren't eligible because of their tax debts or prior legal sanctions.

Even worse, they weren't penny-ante deals. TIGTA says the improperly awarded contacts during those two fiscal years were valued at $18.8 million.

That nearly $19 million in IRS contracts that shouldn't have been entered into is enough to earn this week's By the Numbers (dis)honor.

Wrong tax compliance message: Not to overstate the obvious, but awarding contracts to tax debtors isn't exactly the ideal way for our national tax collection office to operate.

Some might call it -- OK, I'll call it -- shameful. You also could go with embarrassing and infuriating. Or sloppy. Or stupid. Got a thesaurus?

TIGTA tended to be a bit more understated in its assessment.

"Awarding contracts to corporations with federal tax debt conveys a contradictory message in relation to the IRS' mission to ensure compliance with the tax laws," noted the tax watchdog's report, which was released June 24.

How it happened: So what went wrong?

TIGTA found that the IRS still has not established a clear definition of federal tax debt as it applies to contracting.

Neither does the agency proactively do tax checks to make sure companies comply with this IRS contracting law.

Finally, notes TIGTA, the IRS did not follow the Department of the Treasury requirement to insert specific language in solicitations requiring corporations to swear that they are eligible for the contract. Basically, firms applying for IRS jobs don't have to show that they've paid Uncle Sam his due and that they don't have any felony convictions.

The IRS didn't deny the charges or the millions of dollars involved.

IRS rebuttal: However, Kevin McIver, IRS acting chief of Agency-Wide Shared Services, said that TIGTA improperly included modifications to existing IRS contracts in its analysis. Only new contract awards were covered by the federal prohibitions on doing business with corporations that had tax debts, according to McIver.

TIGTA disagrees with the IRS explanation.

IRS vows to do better: Meanwhile, as timing and terminology are being debated -- and expect a Congressional committee or two to weigh in on this in the near future -- the IRS says it is working on changing its contracting ways.

"The IRS remains deeply concerned about awarding contracts to delinquent corporations," the IRS said in a statement issued in response to the TIGTA report. "We have taken a number of corrective steps to make improvements in this area, and we will continue to do more."

Going forward, the IRS promises, it will apply appropriate checks and protections to ensure companies receiving contracts have met their tax obligations.