The economy has picked up, but times are still tough for many, including Uncle Sam.

He loses millions every year in tax money because people don't pay what they owe. Some of these so-called tax gap losses come from accounts U.S. taxpayers have in other countries. 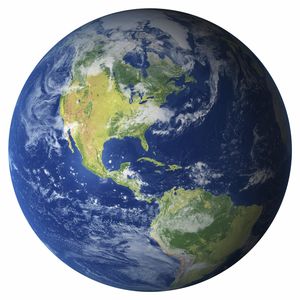 The Internal Revenue Service has been trying for years to locate these accounts and get the taxes due. Remember, we have a worldwide tax system instead of, like most other nations, a territorial tax system.

Territorial vs. worldwide taxes: Under a territorial system, taxes are paid to the country in which the money is earned.

But with a worldwide system like in the United States, the collecting government lays claim to its portion of taxes on all of its citizens' earnings regardless of where the money comes from. The taxpayer must then reconcile that tax due with what he or she paid the foreign tax collector and utilize tax benefits created under treaties between the various taxing countries.

Yeah, it can be a mess. The complexity is why some people simply make mistakes on calculating their tax bills on foreign money. Others, however, are trying to hide their income in offshore accounts to expressly avoid U.S. taxes.

Reporting foreign assets: Laws have been enacted to help Uncle Sam track foreign accounts. One of them requires filing of a Form 114, Report of Foreign and Financial Accounts, by June 30.

Known in government acronymese as FBAR, this filing is not a tax form and doesn't go to the IRS. It must be sent, however, to another unit also under the U.S. Treasury, the Financial Crimes Enforcement Network, or FinCEN. Form 114 must be filed electronically and is only available online through the BSA E-filing System website.

Generally, the FBAR requirement applies to anyone who had an interest in, or signature or other authority over foreign financial accounts whose aggregate value exceeded $10,000 at any time during the tax year. Note the phrase "aggregate value." This threshold means that even if you have accounts in foreign banks that are each relatively small, the combined value of the foreign assets could mean you must file Form 114.

The FBAR requirement is separate from the requirement that taxpayers report specified foreign financial assets by also filing Form 8938 with their annual individual tax returns.

But one thing both Forms 114 and 8938 share is stiff penalties for noncompliance. Not reporting foreign assets on 8938 could cost you up to $60,000 in fines. A FBAR failure could result in a penalty of up to $10,000 or 50 percent of your account balances, whichever is greater. Global eye on tax evasion: In addition to relying on individual taxpayer reporting of their foreign accounts, the IRS and other Treasury agents work with other governments to keep an eye on known tax haven countries.

The European Union, or EU, estimates that its member governments lose around $1 trillion dollars each year because of tax shelters. That's a major problem as these countries, like the United States, are scrapping for every available dollar. One way to add to their coffers is to target traditional tax havens.

To that end, the European Commission, or EC, annually publishes a list of countries that do not apply standards of tax good governance; that is, they are not transparent regarding questionable accounts, don't exchange information and don't promote fair tax competition.

They include the usual tropical island getaways, many of which have long been tagged as secretive tax hideaways. The full 2015 list includes:

The effort to bring tax havens into the light seems to be working. Many countries have agreed to open their foreign-held bank accounts to scrutiny.

And as the list shows, locales like Switzerland and Luxembourg, which previously were considered perfect places to stash cash away from the tax collector, didn't make the latest tax haven list.

Foreign Wal-Mart accounts: Luxembourg, however, did get its share of attention last week as a spot where the world's largest retailer has deposited billions of dollars.

Wal-Mart, the Bentonville, Arkansas-based company, equally beloved by bargain-hunting shoppers and hated by those who see it as a symbol of corporate greed, is accused of using an "extensive and secretive web of subsidiaries located in countries widely known as tax havens."

I looked at the financial darts thrown by Americans for Tax Fairness at Wal-Mart last week at my other tax blog. Could the attention on the big box store be a catalyst for international corporate tax reform?

Also over at Bankrate Taxes Blog last week, I examined the new united effort by the IRS, states and the tax industry to fight tax identity theft fraud.

I usually post my additional tax thoughts over there on Tuesdays and Thursdays. And I usually post a synopsis and links here at the ol' blog on the weekend, except for those weekends (like this last one) when I'm having too much fun offline and in real life!