First Church of Cannabis gets tax-exempt OK from IRS

I'm not much of a churchgoer, but if the new First Church of Cannabis opens a sanctuary in Austin, I might just drop by services now and again. 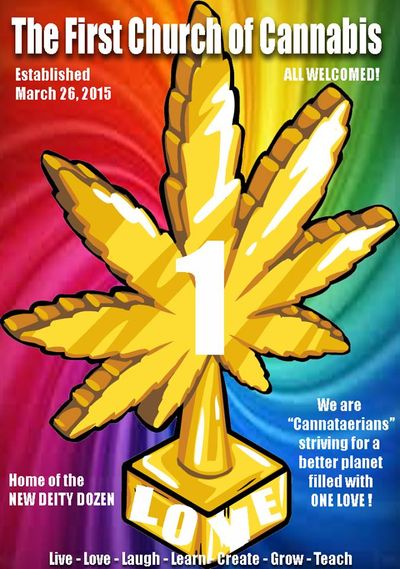 The Indianapolis-based marijuana-smoking church has received approval of its incorporation papers from the state of Indiana and, from the more important tax perspective, from the Internal Revenue Service as a tax-exempt 501(c)(3) religious organization.

For the new religious order, that designation means no taxes. For donors, that also means tax deductions if they itemize.

Religious freedom law opens church doors: And the new ministry is looking for donors to help it raise $10,000 to buy a building, its Hemp Temple, where it can hold services, which will commence on July 1.

The original law was aggressively criticized as a thinly veiled effort to discriminate against gay, lesbian, bisexual and transgender individuals. Its reworked version looks to have opened the door for the new weed worshiping denomination.

Founder Bill Levin, whose official title per the church's Facebook page is Grand Poohba (sic) and Minister of Love, insists the church is not just an excuse to smoke pot, which the church plans to grow, but not buy or sell.

"We are celebrating life, love, community involvement. We are doing all the things that churches are supposed to do," Levin told MSNBC. "Because we embrace the cannabis plant as our sacrament doesn't mean we are bad people, just like going to church doesn't mean everybody's good people."

New 12-step order: "I religiously smoke cannabis and I celebrate life and I made it formal," Levin says.

Among that formality are some guidelines for followers. But instead of 10 commandments, the church has the New Deity Dozen:

The 12th directive to the so-called Cannabiterians or Cannataerians certainly adds a new twist to the use of incense during religious rites.

And while I haven't smoked cigarettes in three decades and it's been even longer since I inhaled other plant products, I think I could follow most of the church's rules.

Possible criminal consequences: Now for the big non-tax question. Will the church services be busted? Recreational use of marijuana is, after all, illegal in Indiana.

But this smoking of pot, says Levin, isn't recreational, it's religious. He just might be on higher legal ground now.

The U.S. Supreme Court's Hobby Lobby decision that allowed that business and others to opt out of some Affordable Care Act requirements on religious belief grounds has led to the overturning by lower courts of previous decisions that limited religious freedom activities.

And the revised Indiana statute looks to many to be broader than the federal version upon which it was ostensibly based, possibly enough so that the First Church of Cannabis could be allowed to use marijuana as part of its religious ritual without fear of criminal repercussions.

Plus, say legal experts, the paper trail Levin has created to show that his church follows a legitimate faith is going to make it harder for law enforcement to crack down on the group. The state will have to make a compelling case that it has a reason to intrude on a religious group's ordained practices.

A few things, though, are certain.

The law goes into effect at noon July 1. The church's first service will be at 12:01 p.m. that day. And you can be sure that the sanctuary will be packed.