Uber ruling underscores contractor vs. employee conflict
Make sure you are classified correctly, since it affects your taxes

Many workers, me among them, enjoy being independent contractors.

Businesses also like these arrangements. It relieves them of having to pay the employer's portion of Social Security and Medicare taxes, state unemployment and workers' compensation insurance. Plus, there are no workplace benefits to cover.

All those costs of hiring a person as a full-time employee can, by some estimates, increase a company's payroll costs by 30 percent or more. So it's not surprising that sometimes companies improperly categorize theirs workers as contractors when they really treat them as employees.

Uber, the popular transportation option available contracted via its smartphone app, has always contended that its drivers are freelancers. 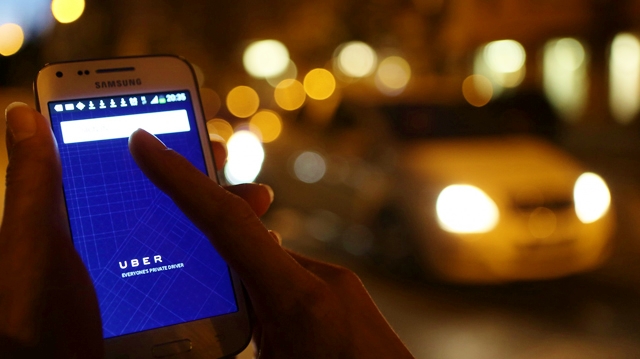 One Uber worker in California, however, said the company treated her like an employee and, as such, owed her for some of her expenses.

The California's Labor Commission agreed with the driver, and has ordered Uber to pay Barbara Ann Berwick $4,152.20 in expenses she incurred while driving for the company for a two-month period when worked as a driver.

The Commission said Berwick's services were "integral" to the Uber's business model. Basically, the company "would not exist" without drivers.

Berwick, however, can't spend the four-plus-grand yet. Uber has appealed the ruling.

More legal challenges nationwide: The commission's ruling applies only to the Berwick case. You can be sure, however, that other aggrieved Uber drivers are talking to labor lawyers right now.

And they are not alone.

Across the country, the Florida Department of Economic Opportunity in May issued a similar employee-not-contractor decision for a Sunshine State Uber driver. That ruling, too, is expected to be contested by the company.

And Uber, along with the competing ride sharing company Lyft, face a federal class action lawsuit over how they categorize their drivers.

What's the difference? Uber continues to maintain that its drivers nationwide are contractors. And it's had success with that argument. The company has managed in at least five other states to continue using its definition of drivers as independent contractors.

So how do companies -- and you as the worker -- tell the difference between what constitutes being an employee or an independent contractor?

Since this is a tax blog, let's look at what the Internal Revenue Service has to say on the issue. The agency obviously has a vested interest in the distinction, since the amount of employee-related revenue it collects depends on a clear definition.

In determining whether the person providing service is an employee or an independent contractor, the IRS focuses on the amount of control applied in doing the job. And all information that provides evidence of the degree of control and independence must be considered.

Three key categories: That information that documents the degree of control and independence fall into three categories. They are:

There's no bright line or specific number of factors that make a worker an employee or an independent contractor. And no one factor stands alone in making the determination.

The key, says the IRS, is to look at the entire relationship, consider the degree or extent of the right to direct and control, and finally, to document each of the factors used in coming up with the determination.

Labor, IRS, states all involved: The U.S. Department of Labor, the IRS and state workforce agencies have been cracking down on businesses they believe are misclassifying employees as independent contractors.

The Labor Department has a Misclassification Initiative website and has entered into a Memorandum of Understanding with 21 state workforce agencies to detect and deter misclassification.

The IRS has a Questionable Employment Tax Program and has entered into a Memorandum of Understanding with the Labor Department and 37 state agencies to identify employment tax schemes and illegal tax practices.

And there are also more than a dozen states that have multiagency task forces designed to provide coordinated enforcement of state wage and hour and unemployment tax laws.

Ask the IRS: As the involvement of multiple agencies shows, getting employment status is critical for both workers and employers.

If, after reviewing the three categories of evidence, it's still not clear whether a worker is an employee or an independent contractor, you can file Form SS-8 with the IRS to get a determination of worker status. The form may be filed by either the business or the worker.

The IRS will review the facts and circumstances and officially determine the worker’s status. But be patient. The agency says it can take at least six months to get a determination.

So if you're concerned that your employer has miscategorized you, you might want to try to sort it out between yourselves first, just to save everyone some time.

It's an interesting question, but it looks to me like Uber drivers are contractors, at least for IRS purposes.

They provide all their own equipment and control the places and hours where they work. In turn they can deduct expenses on schedule C.

Should Uber start telling them when to work then that would be a Bridge to Far towards making their drivers into employees.