Happy May 4, the unofficial holiday of Star Wars geeks and punsters worldwide.

I admit it. I've already intoned "May the 4th be with you" several times today, but I'm justified.

I've always been a sci-fi fan. And I discovered more of them when I went off to college, where I got to be a part of a class at Texas Tech that analyzed the genre through the eyes of professors in ancient world history, classics and modern literature, archaeology and anthropology. It's also where I penned my first science fiction short story and got encouragement from one of the profs to keep writing.

A few months later, in late May 1977, I was standing in a very long line  to see the original, and best, "Star Wars" movie.

It therefore should be no surprise that I am now melding my tax geekiness with my sci-fi nerdiness. So with apologies to George Lucas and the first "Star Wars" opening screen crawl, here goes.

"Tax Wars," episode May 2015: A time not so long ago, in a taxing galaxy very, very close, most citizens filed their federal 1040 forms.

Some however, continue to struggle beyond April 15 against the evil galactic tax code, striking from their not-so-hidden home bases, trying to complete their extended tax returns.

These rebels know that the Internal Revenue Service, hunkered down in its Washington, D.C., Death Star headquarters, has enough power to destroy their tax deductions and credits. So they must steal the secret plans to decode those write-offs, allowing them to lower their tax bills as much as legally possible.

They also know that if they make mistakes or overlook legitimate tax breaks, either innocently or by flying their X-wing starfighters too close to the Internal Revenue Code limits, they could crash and burn.

Even if they survive the tax errors or oversights, they surely will be pursued by the tax empire's sinister agents.

But the cause is worthy, as even the Empire of the IRS says that when you figure your taxes, compare benefits for which you qualify so that you can choose the method that gives you the lowest legal tax liability.

Yoda says do try these tax moves: It often seems that taxpayers need the training and patience of Grand Jedi Master Yoda to conquer the evil tax code. There are, however, some relatively easy tax moves you can make this May.

The first is to finish your 2014 return.

Yes, you have until Oct. 15 to get the forms to the IRS, but you don't have to wait that long. The IRS will gladly accept your completed return well before then. The Daily Tax Tips that were posted in January, February, March and April can help you wrap up this job.

And you'll feel so much better if you get it done soon and give yourself more breathing room before you have to face the current year's taxes.

Look at ways to lower that coming tax bill.

If you itemize, charitable gifts are tax-deductible in most cases. Contributions to retirement accounts might provide a tax deduction, as well as a tax credit for some filers.

Even home improvements, such as adding some of May's flowers to your landscaping, could increase the value of your home, meaning you'll get a better price when you sell. And as for that sales profit, up to $250,000 for single homeowners or $500,000 for married couples is tax-free.

More tax moves: You can find more May Tax Moves in the ol' blog's right column under the heading of the same name.

Then when you're done cutting your tax bill as if it were butter being sliced by a lightsaber, head over to your favorite cantina on Tatooine, er, your neighborhood bar, for a little celebration. 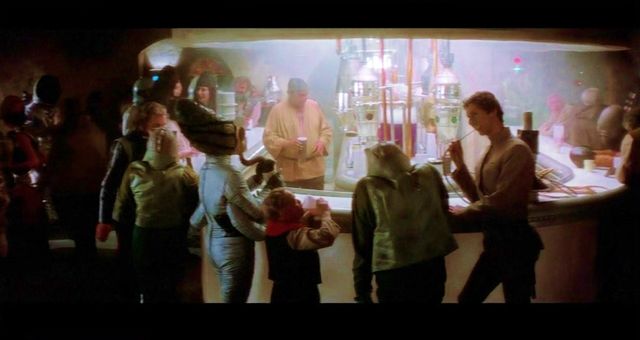 Tags: George Lucas, May 4, May Tax Moves, may the force be with you, movies, puns, Star Wars, tax, tax tip, taxes