May 2: A big day for sports gamblers & those taking their bets
Uncle Sam, however, once again will come up short on gambling taxes

It's a momentous time for sports fans.

The National Hockey League and National Basketball Association are well into their annual championship playoffs.

The race for the Triple Crown started today, with American American Pharoah (yes, the horse's name is officially misspelled) crossing the finish line first in the Kentucky Derby. 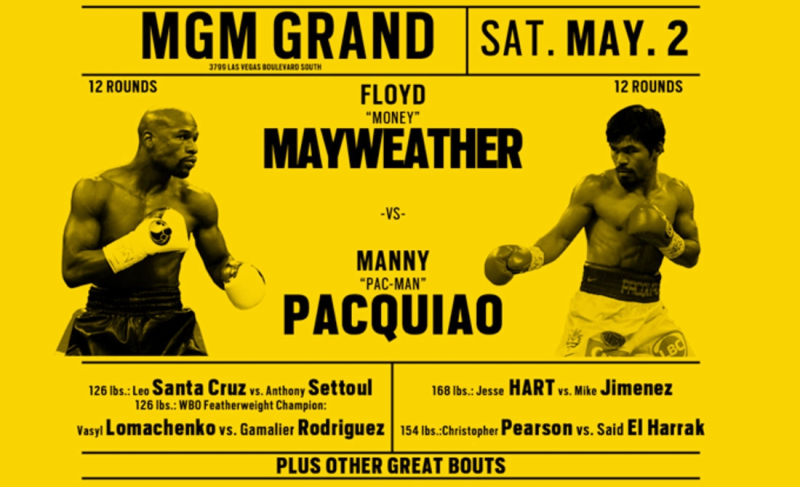 While the National Football League's Super Bowl typically is the single biggest sports betting day -- a record $119 million was legally bet in Nevada on the 2014 game; the 2015 NFL championship match saw a slight drop to $116 million -- May 2 is going give that February data a run for its money.

"I'm expecting probably one of the top five days in Las Vegas history as far as sports gambling goes," Tony Miller, director of the race and sports book at the Golden Nugget casino in Las Vegas, Nevada, told the International Business Times.

The Kentucky Derby already is considered horse-racing's biggest annual gambling draw, at least until the New York race offers a shot at a Triple Crown. With it falling on the same day as the big boxing match, Las Vegas sports books likely got some extra race action from those at Sin City's casinos.

And about that match. So far, more wagers have been placed on Pacquiao winning, but more money is on Mayweather. Experts say between $60 million and $80 million in bets could be placed on the fight at Nevada betting parlors by the time the two throw their first punches.

Uncle Sam's gambling tax losses: Uncle Sam also is pretty happy about all this sports gambling today. With millions being bet legally, he'll get a cut of taxes on the winnings.

But he could be happier.

Although winnings from illegal bets also are taxable, few folks will 'fess up to such illicit activity. That means that the U.S. Treasury missed out on a lot, a whole lot, of potential revenue.

In 1999, the National Gambling Impact Study Commission estimated all illegal sports wagers amounted to as much as $380 billion a year. That was well before betting became even easier thanks to the Internet.

Just call me Doña Quixote as I tilt at this tax windmill once again. All gambling winnings are taxable income. Even illegally placed bets that pay off.

Now I'll let you get back to counting your winnings from that Churchill Downs trifecta ticket and placing your last-minute bets on tonight's fight.