Texas has been getting a lot of adverse attention of late, thanks to a group of overly-anxious wackadoodle folks, including some of our pandering elected officials, who have gone full Black Helicopter berserk about routine U.S. military training exercises.

While the worries about Jade Helm (the military maneuvers, not the young woman) by way too many of my Lone Star State compadres are overblown ridiculous, it seems some other Americans might have reason to look skyward.

Some aircraft are indeed agents of governments. And they are conducting spying missions that could be costly to citizens. 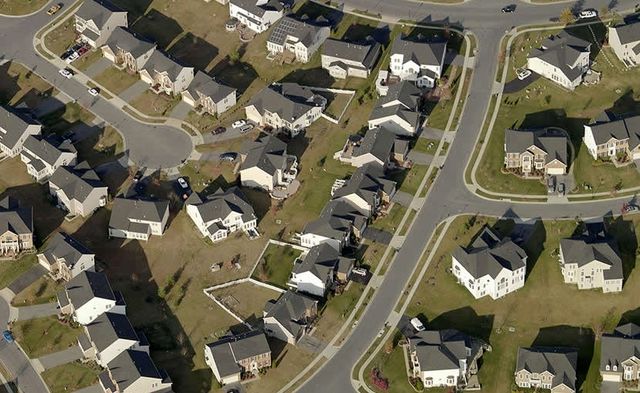 An aerial view of a neighborhood captured by Pictometry, the company that provides overhead shots of properties for the Hillsborough County, Florida, Property Appraiser's Office.

On-high appraisals pay off: The Tampa Bay Times reports that for the past 10 months, the Hillsborough County Property Appraiser's Office has used aerial photographs to spot changes to homes and properties made since the last appraisal.

Those changes, according to the newspaper, produced a net increase of $9.2 million of value to the county tax roll. That translates to about $184,000 a year in new tax revenues for the western Florida county.

Hillsborough officials hope the aerial appraisals will lead to $7 million in additional tax collections over the next decade.

"This is not a gotcha thing," Hillsborough County Property Appraiser Bob Henriquez told the Tampa Bay Tribune. "There's a fairness question for folks that are doing the right thing, that are paying taxes, that have pulled permits, and meanwhile there are folks out there that put an addition on their home and should be paying."

Cost effectiveness needs work: I'm actually a little surprised, given the popularity of Google Earth and Street View images, not to mention drones, that this hasn't (pun alert) taken off already.

While Pinellas County also has used aerial photography to conduct appraisals, other Florida counties are less enthusiastic. Some that have tried the aerial appraisals found the process didn't bring in enough new tax income to justify the process.

I suspect, however, that will change.

As counties and states look for more ways to bring in more tax dollars, many are likely to give this a try. And as more agencies use the aerial inspections, it should prompt additional providers, with the competition eventually lowering the services' costs.

So keep your eyes peeled, people. That buzzing over your backyard could be local officials checking to make sure that your property tax bill is correct.