May 29 is an important if unofficial holiday if you're facing or expect one day to deal with the ever escalating costs of college. 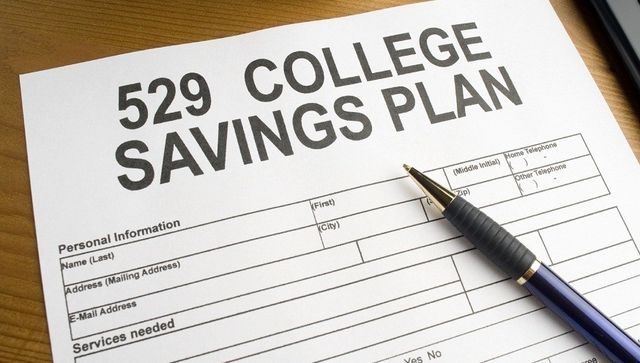 While 529 plans are nicknamed for the section of the Internal Revenue Code that authorizes them (they're officially known as qualified tuition programs), this 29th day of the fifth month is the perfect time to commemorate the many benefits of these college savings accounts.

592 plans have been around since 1996, but many folks still are unaware of them. Financial services firm Edward Jones' fourth annual 529 Plan Awareness Survey found that 66 percent of Americans have no idea what a 529 plan is. Just a third of poll respondents, 34 percent, could correctly identify a 529 plan as a college savings tool.

Since it's 529 Day and given the mystery still surrounding this tax-favored way to pay some higher education costs, here are five 529 plan highlights.

1. Two types of plans
Although authorized by Uncle Sam, 529 plans are created and administered by the states. There are two types of 529 plans, a tuition prepayment plan or a savings (really an investment) plan to which you contribute money to be used later to pay for a student's qualified higher education costs. The tax-favored savings plan option is the more popular choice.

2. Tax benefits
You don't get a federal tax break for contributions to a 529 plan, but you might be able to claim a tax deduction or tax credit on your state taxes. However, money you do put into a 529 plan does grow free of any federal taxation. Even better, withdrawals also are tax-free when they're used to pay for qualifying college expenses.

3. Age, income and schools
Unlike many tax provisions, you also don't have to worry about income limits when contributing to a 529 plan. Regardless of how much you make, you can put money into one of these savings plans.

Similarly, age is not an issue. Anyone, be they young or simply young at heart, who plans to attend an eligible educational institution can be the beneficiary of a 529 plan.

As for those halls of higher learning, a 529 plan eligible educational institution is one that offers classwork beyond high school. It is any college, university, vocational school, or other post-secondary educational institution eligible to participate in a student aid program run by the U.S. Department of Education. This includes virtually all accredited public, nonprofit and privately-owned–for-profit post-secondary institutions.

4. Qualifying expenses
You've got the plan. Now you want to spend the money. To ensure that you maintain the tax-free status of 529 funds, be sure to use them only for Internal Revenue Service approved school expenses. These so-called qualified expenses include tuition, required fees, books and supplies. When someone is at least a half-time student, room and board also qualifies.

Legislation has been approved by the full House and is awaiting Senate action that would expand eligible 529 plan expenses. The measure, which is eventually expected to gain Congressional approval and be signed into law by the president, would add computers to the approved college costs list.

If you or one of your kids was in school back in 2009 and 2010, you might remember the technology option. Computer costs were OK back then as part of the American Recovery and Reinvestment Act of 2009, popularly known as Obama's stimulus package, but that expense was only temporary. This new bill would make college student computers a permanent 529 expense.

5. Finding a plan
Nearly every state now has at least one 529 plan available. You don't, however, have to limit yourself to plans offered by the state where you live. Some states, however, do give something extra to residents.

Evaluate all your options to ensure that a 529 plan is right for your and/or your student. And keep in mind that a 529 plan is an investment decision, which means it has both the benefits and drawbacks. Savingforcollege.com has an interactive U.S. map with details on 112 plans that can help you decide, as well as online tools to help you compare 529 college savings plans.

Now that you know a bit more about 529 plans, it's time to celebrate. I'll bring the ice cream if you'll bake the cake.