Will Congress OK highway money before it hits the road?
Yes, for the short term, but they'll be fighting over finances again in July

The only certainties in life, to paraphrase a Founding Father, are death, taxes and the last-minute way Congress does, or doesn't do, its job. 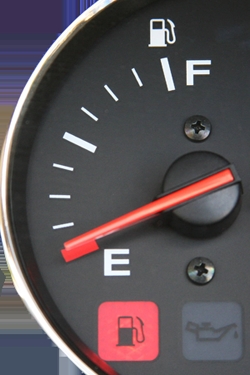 The Highway Trust Fund is set to run out of financial fuel at the end of May. Congress is scheduled to be on its annual Memorial Day holiday break when that deadline arrives.

So lawmakers are crashing to get some roadway deal done. And, true to form, it's not a long-term or permanent fix, it's a short-term, kick the can down the road extension.

The House on Tuesday, May 19, voted 387-to-35 to extend federal funding for transportation projects through July 31. That measure now awaits Senate action, which that chamber must complete before its scheduled holiday break in two days.

UPDATE, Saturday, May 23: In the early hours of the Memorial Day weekend, the Senate approved the House transportation financing bill, giving Congress two more months to hash out a longer-term solution.

Why can't these people get their acts together on something as critical to everyone, regardless of political affiliation, as our highways and other infrastructure? Roads are deteriorating, bridges are crumbling, jobs would be filled to fix them if financing were provided, but no, Representatives and Senators are idling.

Remember Congress' lack of direction as you take a driving trip this upcoming three-day weekend and have to maneuver around potholes and bump across generally crappy roads.

Fuel taxes decades behind: Even after the Senate approves the temporary funding which I expect it to do, Congress must face up to the realities of highway financing. For real. And for finally.

They have been fighting about how to pay for upkeep of roads, bridges and other infrastructure since the last plan expired in 2009. Most of the Highway Trust Fund money comes from gasoline and diesel excise taxes that everyone admits aren't high enough to fill the country's transportation needs.

Plus, changing automotive technologies and American driving habits mean that our vehicles are getting better mileage. That translates into even less gas tax collection.

Other taxes used for roads: As for this latest funding crisis, states have already been warned that the financing pump for new transit projects could be shut off on May 31.

But even with federal money, states and localities already have turned to totally unrelated taxes, such as property and/or sales taxes, to cover their transportation needs' shortfall.

A recent report by the U.S. Public Interest Research Group found that these other taxes account for about 42 percent of road and highway spending. Another 10 percent, says PIRG, comes from bond measures that push the cost of driving onto folks who don't necessarily use the roads.

Fuel taxes are least costly route: The reason for the alternative funding? Politicians and drivers alike are loathe to pay more tax on fuel. But all parties who resist an increase in the gas tax are being foolish.

Adjusted for inflation, which the gas tax isn't, that fuel levy is about 10 cents a gallon. Only Kuwait and Saudi Arabia have lower gas taxes.

For a country like the United States that depends so much on automotive travel, we need to grow up and face the reality we must pay for our system.

When it comes to taxing income, a lot of folks are rah-rah for switching to a national consumption tax system, where  tax would be paid by folks who decide to spend their money for goods. That's what the fuel taxes are. Drivers pay to fund roads and other transportation projects.

Yet we balk at funding them adequately via a few cents more each time we top off our tanks. With a drivers/electorate attitude like that, it's no wonder our elected officials are so afraid to give us what we need tax-wise.

The money, however, must come from somewhere and soon. Or all of us will be left looking at our cars stuck in our driveways since our rotted roads won't be passable.

The Texas transportation funding fiasco can sometimes rival Congress'. The different dynamic in the Lone Star State is that lack of funds repeatedly also becomes the rationale for using private toll road funding that often wouldn't make sense if more properly viewed from the standpoint of low-cost financing or transportation policy.

For a recent Texas Tribune op-ed on that problem, you can read: http://www.tribtalk.org/2014/10/05/the-trouble-with-toll-roads-in-texas/