Paper is sooooo 20th century. Even recycled paper has lost its cachet. Everything seems to be going digital.

Except in Virginia. Specifically, in the Virginia Department of Taxation.

The Old Dominion is going back to the future next year when it comes to state tax refunds.

On March 10, Virginia's Democratic Gov. Terry McAuliffe signed into law a bill, sent to him by the Republican-controlled assembly, to do away with the state's tax refund debit card. 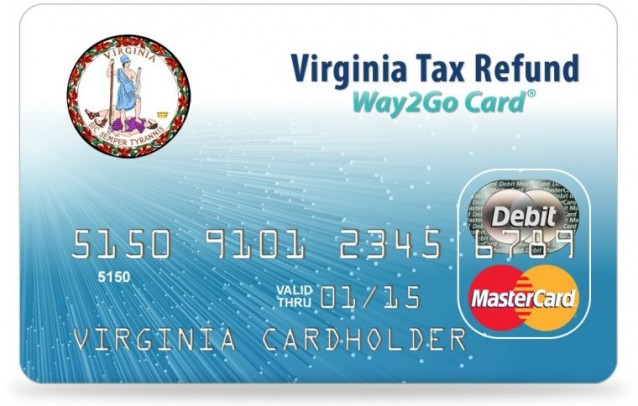 The new law directs the state's tax department to return to issuing tax refunds as paper checks or via direct deposit.

The requirement takes effect with 2015 returns that will be filed next year.

Plastic mandated in 2013: That's a remarkably quick legislative turnaround. Just two years ago, the Virginia Department of Taxation, like many other states, did away with paper refunds.

Instead, the state offered taxpayers the choice of getting their tax cash as a direct deposit or on a prepaid MasterCard known as the Way2Go Card.

The change was done to save the state money. At the time of the transition in January 2013, state tax officials estimated the move would save the state approximately $200,000 a year in printing and mailing costs.

In many instances, taxpayers faced a variety of debit card fees that quickly ate into their refunds. Consumer advocates as well as some lawmakers objected to the added expense.

Tax refunds are "core function of government," said State Senator Adam Ebbin (D), who was one of the back-to-paper cosponsors. Forcing folks to use fee-ridden debit cards, he said, "hurts those who can least afford it."

Debit card fraud: Then there's the security issue. Preloaded plastic has become the vehicle of choice for tax criminals.

Even though the move back to paper is estimated to cost around $265,000 a year, Virginia tax officials hope that the switch back to old-school refund checks or direct refund deposits will make things safer and easier for its taxpayers.

Around a dozen states require their taxpayers to get debit card refunds. Is yours one of them? Have you ever gotten a refund that way? If so, how'd it work for you?

Refunds and revenue: While issuing refunds is part of a state tax department's job, its main mission is to bring in money so that the state government can operate.

Most state tax offices are doing that money collecting component quite nicely, as I noted last week at my other tax blog. Recent U.S. Census Bureau data show that state tax collections in fiscal year 2014 were up for the fourth straight year.

California brought in the most bucks, $138.1 billion. That's a 3.7 percent increase over the $133.2 billion collected in the prior fiscal year.

Also last week over at Bankrate Taxes Blog, I looked at the continuing tough tax season for Intuit, the maker of the popular tax preparation software TurboTax.

The company now is facing a lawsuit alleging that TurboTax didn't do enough to stop tax identity thieves.

My additional tax musings over at Bankrate usually are posted on Tuesdays and Thursdays. I usually point out the highlights and links the subsequent weekend here at the ol' blog.