What once seemed like a tax Hail Mary pass doomed to fall short is now a game ending completion.

The National Football League is giving up its tax-exempt status, which he called a "distraction." 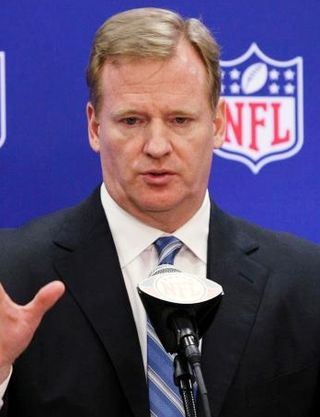 NFL Commissioner Roger Goodell announced the change, which will take effect with the league's 2015 fiscal year, in a memo to the 32 NFL team owners. Reps. Paul Ryan (R-Wisc.) and Sander Levin (D-Mich.), the chairman and ranking minority member on the House Ways and Means Committee, also reportedly got copies.

Goodell cited among the reasons for the change in tax status recent Congressional criticism of the NFL, which generates billions in revenue every year.

The commissioner also noted that while the league office and its management now will file tax returns for the first since they obtained Internal Revenue Code section 501(c)(6) tax-exempt status in 1966, the separate NFL teams have always operated as taxable businesses and paid taxes.

The change in the league's tax status will not affect the team's tax bills.

More changes unlikely: Will the National Hockey League and the Professional Golfers' Association of America, the other two major sports organizations that have similar tax-exempt status, follow suit? I suspect not. Neither captures as much attention from fans or members of Congress as does the NFL.

One of many tax-exempt options: The section of the federal tax code that deals with tax-exempt status is larger than most of us realize.

There are seven sections delineating the various groups that are eligible to operate tax-free. They are:

Makes you wonder just who was responsible, on both the lobbying and lawmaker sides, for all this parsing of what counts as tax-exempt?

Trim all the tax-exempts: Given all the other "distractions" these multiple groups' tax status causes, not mention the dollars they cost the U.S. Treasury, perhaps it's time, as I've argued before, to eliminate many tax-exempt status designations.

The easiest move would be to simply cut it to one. My preference is the 501(c)(3) category.

But, and there always is a but with taxes, there are issues within that category.

A lot of people, including me, believe that mega churches that rake in enough money to pay their pastors big bucks and house them in million dollar mansions don't fit the spirit of what a tax-exempt should be.

Others, me included again, believe the religious category is too broad, allowing questionable organizations such as Scientology to operate under a tax-exempt mantle.

So how would the 501(c)(3) section be narrowed? Should it be? Or should all groups, regardless of their ostensibly noble goals and good works, simply pay at least some tax?

It's something for us and our legislators to consider when they finally get around to talking about serious tax reform.