You've got to hand it to New York. The Big Apple truly does have something for everyone and every, uh, predilection.

There is, of course, a price. And a tax.

The Museum of Sex found that out the hard way.

Yes, I know, some of what I will type in this post will be, I swear, unintended double entendres. Please accept my apologies in advance, but I just don't have time to search through my thesaurus for synonyms.

The New York Post reports that the New York state tax office slapped an $82,192 tax lien on the Museum of Sex in February. The Flatiron District gallery allegedly had not paid sales tax on items sold in its store or on admission fees since 2011. 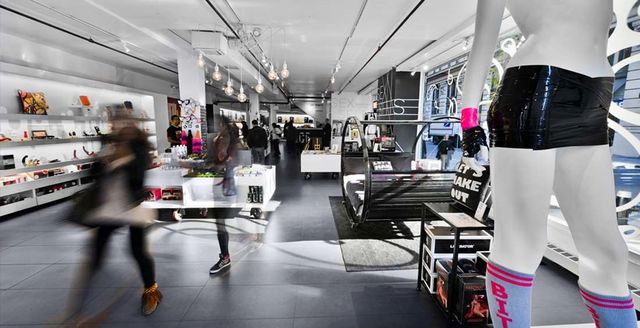 MoSex (that's the museum's preferred acronym; really!), which opened in 2002 and features provocative art installations and other displays of sexual content, has paid back $17,000, but still owes $65,307.

The tax nonpayment problem apparently arose primarily because of confusion over tax payment responsibilities related to third-party coupon vendors offering discounts to the museum. The museum thought that the coupon issuers were going to pay applicable sales taxes since the transactions were offered by them and the museum simply received a commission on the sales.

"It was a big misunderstanding of the clients," museum spokeswoman Lisa Hanock-Jasie told the newspaper. "We thought they paid the sales tax because they made the sale.”

She added that MoSex is chipping away at the tax bill via monthly payments and expects to settle the debt by the end of the year.

If you're in New York, age 18 or older and want to help the museum make some money it can use to pay off its tax bill, it's on Fifth Avenue and open seven days a week, every day except Thanksgiving and Christmas.