Tonight belongs to future National Football League stars. The young men who will be selected during the NFL's annual players' draft in Chicago the evening of April 30 are looking forward to lucrative careers in America's most popular sports league.

Earlier today, however, the spotlight was on some former NFL players who were victorious in their tax fight against the home of the Cleveland Browns. 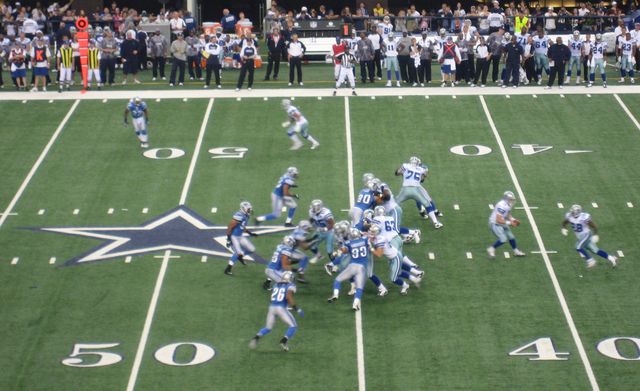 Who will my Dallas Cowboys pick in this year's NFL draft? With Jerry Jones in charge, it's always exciting!

The city, according to the men's separate lawsuits, illegally taxes all athletes on a visiting team for every game, even players who are hurt or don't attend the game.

Hillenmeyer paid $5,062 to Cleveland; Saturday's tax bill was $3,294. The former players were taxed on games at which they were not present.

The pair said their legal actions were not about the money, but the principle. No person in any line of work should have to pay tax when they haven't provided any taxable services within a tax jurisdiction.

Court validation: The former NFLers got what they wanted when the Ohio Supreme Court today (April 30) agreed with them.

"Cleveland's power to tax reaches only that portion of a nonresident's compensation that was earned by work performed in Cleveland," the justices ruled.

The Buckeye State's high court also found that the games-played method used by the city to determine its portion of taxable income from visiting athletes violated due process.

The court ordered Cleveland to refund the jock taxes it illegally collected from Saturday and Hillenmeyer.

The decision not only means that Cleveland will collect less in taxes from professional athletes playing there in future games, but that it might be looking at doling out refunds to others who were improperly taxed.

I am not suprised.