10 tax sins of commission that could be quite costly

This post was reviewed and some links updated on Thursday, April 6, 2017.

It's one thing to make an innocent mistake on your taxes, or to overlook a tax break that could lower what you owe Uncle Sam. Those tax sins of omission are costly, but usually won't invoke the ire of the Internal Revenue Service. 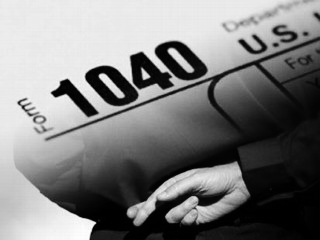 When you intentionally disregard tax law, however, such willful neglect will get you in real trouble.

The IRS defines willfulness as a voluntary, intentional violation of a known legal duty, specifically your tax filing and payment responsibilities.

Such intentional tax violations could lead to tough penalties on top of the unpaid tax and interest added to it. In some cases, the IRS pursues intentional violations as criminal acts that could carry jail time.

So it's not a good idea to even think about neglecting your tax filing duties or fudging the entries a little or a lot.

And in case you have any doubt as to what might be problematic, here are 10 tax sins of commission that could land you in very hot tax water.

1. Not reporting all your earned income
Failure to report all the money you make is a main reason folks end up facing an IRS auditor. When it comes to earned income -- that's your pay for work performed -- not reporting payment generally isn't an issue if all your money comes from wage or salary income. That amount is detailed on W-2 forms that must be attached to your Form 1040.

But if you're an independent contractor, either as your full-time job or from side work in addition to your salaried position, it's your responsibility to keep track of your earnings and let the IRS know the amount at tax time. When you're paid more than $600 you should get a 1099-MISC from the client. Don't think of ignoring one of these forms. The IRS gets copies, too.

And even when you don't get an earnings statement, it's still your legal duty to report the income. Even without third-party tracking, the IRS will take a long look at your return if the numbers seem off.

2. Not reporting all your unearned income
Unearned income generally is investment income. In these cases, your banker, broker or the mutual funds that you bought directly will send you 1099-DIV or 1099-INT statements with your annual earnings. Again, don't think you can "forget" to count one or more of these amounts. The IRS is copied on these statements, too.

3. Forgetting about foreign funds
Foreign financial accounts add another layer of complexity and potential costs if you fail to report them. The IRS has been on a mission for the last few years to halt hidden offshore accounts, significantly increasing its detection efforts and prosecuting owners of unreported accounts.

The risk is even greater if you own a foreign financial account that must be disclosed under the Foreign Bank Account Report (FBAR) rules or the Foreign Account Tax Compliance Act (FATCA).

4. Exaggerating deductions
Tax deductions are a great way to reduce your tax bill. They lower your income, which generally mean your tax liability will be lower, too. Many taxpayers, however, are tempted to inflate the amounts that they claim on Schedule A.

The IRS, thanks to its automatic computer screening tool known as the discriminant information function (DIF), knows what the average deduction amount is for various income levels. If your claims are larger, you can bet your 1040 will be pulled for further review.

If you did indeed have an unusually large but legitimate charitable deductions, great. Claim them and then show the IRS examiner your substantiating documentation. But if you're just pumping up the amount on your own, you could face serious consequences.

5. Inflating self-employment expenses
This is the business counterpart to inflated individual itemized deductions. Here self-employed individuals bump up the business expenses they list on their Schedule C filings. This form filed by sole proprietors offers a way to claim a variety of business expenses that can reduce self-employment income. Among the expense categories are advertising costs, office supplies and other expenses, depreciation and Section 179 expenses, auto expenses and travel, meals and entertainment costs.

As you can see, there are lots of tempting opportunities to hike amounts to reduce taxable self-employment income. Were those stamps really for office mailings, or did you use them to send out personal holiday cards? What about that book? Was it really something that helps your run your company better or was it a volume you wanted for your personal bookshelf?

6. Mixing business and pleasure
A specific section of Schedule C that's prone to, shall we say, shady claims is the meals and entertainment line item. When properly claimed, a business owner can deduct some of the costs of taking a client out to eat and/or an entertainment venue. But sometimes business folk go out with friends and then write it off as a business expense.

That's not to say that you can't be friends with other business owners or even your clients. But when you're picking up the check, you need to make sure that the dining etc. experience is really work related. You can't just go out with a friend, ask "how's your business going?" and then claim the evening as a business expense. Well, you can, but if the IRS catches on to your expense ruse, you're in trouble.

Instead, make sure you know how to make the most of legitimate business entertainment expenses.

This also could be a tax problem if you combine business and personal travel. While that's totally acceptable to the IRS, you can't claim the travel costs as a business expense if you actually spent more time lounging on the beach instead of meeting with new clients for your breach umbrella business.

7. Sharing your home office
A home office isn't an automatic red flag. Really. But that doesn't mean you should be cavalier in claiming your work space. If the room or specific area in a room isn't used regularly and exclusively for your business dealings, it does not qualify as a home office.

Yes, it's easy to ignore those personal files in your desk drawer; heck, when you worked at a cube farm you had personal stuff there. But technically, you are illegally claiming this deduction if you conduct personal tasks in your so-called office. You are duly warned.

And yes, even the Internal Revenue Service says you can round your dollars and cents on your Form 1040. 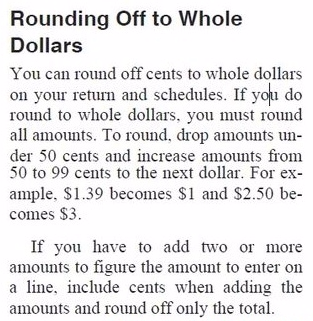 Advice from the IRS in Form 1040 instructions.

But when it comes to deductions and expenses, it tends to make the IRS think that you're, uh, making up amounts. OK, I tend to add tip amounts so that meal checks come out to even numbers. But I have those receipts. Other financial transactions, however, rarely end in .00.

9. Improperly claiming a dependent
Sometimes determining just who is your tax dependent can be messy. There are lots of rules about relationships and support earned or provided and who lives for how long in your house. You also must have the Social Security number of the person, either a child or qualifying relative, you're listing as a dependent on your 1040 or 1040A.

Sometimes the confusion leads to an innocent mistake as to who is eligible to be listed as your tax dependent. Other times, though, folks knowing claim a person as dependent to get the added exemption amount or to claim the refundable Earned Income Tax Credit.

Faking dependents is not a good idea. The IRS knows this happens. It looks at who has and hasn't been named before on your return. Plus, family situations often are messy enough without adding tax cheating to the mix.

10. Not making a profit
Legitimate business owners want to make money, even if it means paying taxes. Other folks, though, set up operations that they fully intend to run at a loss for tax purposes. That is the textbook definition of a tax evasion scheme.

The IRS is wise to this and tries to limit such losses by requiring that a business eventually make a profit. According to the IRS time table, eventually means you must be in the black in three out of five years.

Your inability to do so will cost you. And if the IRS can show your bleeding bottom line wasn't just due to a lack of business aptitude, but a willful intent to operate at a loss, well ... take another look at this post's headline.

Remember, carelessness on your tax return might get you whacked with a 20 percent penalty. But that's nothing compared to the 75 percent civil penalty for willful tax fraud, which is what the IRS calls these 10 tax sins of commission.

I don't know about you, but I could definitely do a lot of good with that 55 percent difference. And I am positive that I sleep much better not worrying about the IRS giving me a call.