We're two weeks away from the annual tax return filing deadline. For most of us, that means we're stuck tax-wise with what we've got. The chance to make tax-saving moves ended, in most cases, last Dec. 31.

But there is one last tax move you can make now that could affect your current tax filing: contribute to an individual retirement arrangement (or account, as most of us say). 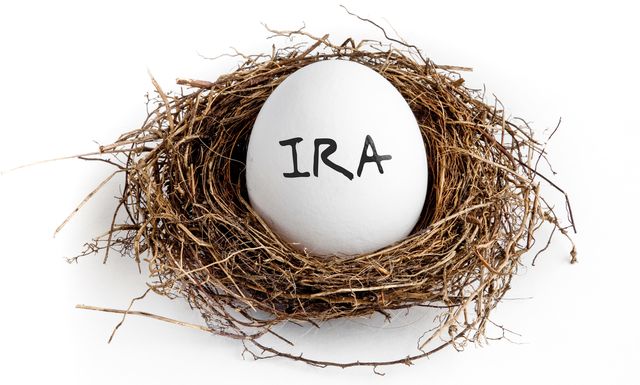 You have up until the April 15 filing deadline to put money into a Roth or traditional IRA and designate that money as a prior year -- 2014 in this case -- contribution.

Three reasons for an IRA now: Why do the contribution paperwork time shift?

First, it gives you a chance to put the most money possible into your retirement account. You can maximize the previous year's contribution amount and then post-April 15, put in the maximum amount for this, the current, tax year.

The more you put in now, the more you'll have to enjoy when you finally retire.

Second, if your money goes into a traditional IRA for the prior tax year, you might be eligible to deduct the contribution as an above-the-line deduction on your tax return that you're filing now.

Third, by contributing to either a Roth or traditional IRA for the previous tax year, you also might be able to claim the retirement saver's tax credit on your tax return.

Of course, the ability to claim a traditional IRA deduction or retirement saver's credit depends on other things, such as how much money you made last year and whether you had a retirement plan at your job.

But it's worth looking into the IRA option, not only for your financial security when you retire, but also as a way to save on your current taxes.

IRA income limits: The next question then is which type of IRA should you contribute to? As in most tax questions, the answer depends on your personal financial situation.

The first indicator is your income. If you make more than the earnings limit allowed for a Roth, then you can't put money into that type of retirement account.

If your income is above those limits, then opening or contributing to a traditional IRA is a no-brainer. It's the only one available to you.

But if you're eligible for both a Roth and a traditional IRA, you need to a bit of evaluating, calculating and prognosticating.

A traditional IRA is better if you expect to be in a lower tax bracket when you retire.

In this case, when you retire and start withdrawing money, you'll be in a lower tax bracket, meaning that you'll be giving Uncle Sam less money overall. Plus, if you're eligible now to deduct that traditional IRA contribution amount, you'll lower your current tax bill.

But if you expect to be in the same or higher tax bracket when you retire, a Roth might be the way to go.

You pay taxes on money before you put it into a Roth, but your withdrawals in retirement are tax free. It might be appealing to simply settle that tax bill now so you don't have to worry about it when you're out enjoying your post-work years.

Calculators, tax tips: Of course, most of us don't have a reliable crystal ball to tell us just what our tax situation will be in 20, 30 or more years down the road. IRA comparison calculators can help, but you're essentially going to have to take a leap of faith (and hope) in deciding which IRA to choose.

This conundrum also is why instead of just one Daily Tax Tip today, we're offering two pieces of tax-related retirement advice over at Bankrate.com.

One tip looks at the Roth IRA rules. The other explores the intricacies of traditional IRA contributions and deductions.

Either way, pick an IRA.

Do it not only for your possible current tax-filing savings, but also to make sure you'll have great golden years.