March has been a medical month for me. There is one good thing, however, about having doctors' appointments. I get to catch up on celebrity news. 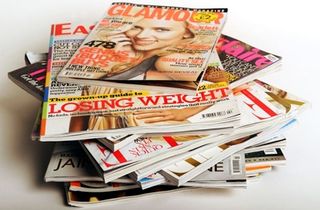 Every one of my physicians, from the ophthalmologist to my internist to sundry other specialists I won't list because, well, TMI, has stacks of People and Entertainment Weekly and Us magazines. And yes, I thumb through them, primarily to marvel at just who is considered a celebrity nowadays.

In addition to catching up on pop culture, another good thing about all these doctors' appointments is that they offer a potential tax break.

Some of the many costs that aren't covered by health insurance can be used as tax-deductible medical expenses.

But, as with most tax provisions, there are some specific Internal Revenue Service requirements to claim medical expenses.

Medical deduction rules: First, you have to itemize. If you don't collect receipts and fill out a Schedule A, you can start perusing other posts on the ol' blog right now.

If you do itemize, then you know that medical deductions are the first thing on the Schedule A. You also have probably noticed that for most filers, the amount of medical (and dental) expenses you need to benefit from this deduction has increased.

If you are younger than 65, you must have health care expenses that exceed 10 percent of your adjusted gross income. That means if your AGI is $40,000 your medical costs must be more than $4,000. Note that this changes in 2017. That year, everyone will have to use the 10 percent threshold unless the Republicans are able to repeal Obamacare.

Even then, the "more than" mandate is an issue. If you have $4,200 in acceptable health care expenses, your deduction on Schedule A is just the $200 that's more than your $4,000 threshold amount.

Making the tax most of medical costs: That 10 percent requirement is a lot of medical costs for most of us who have just the normal wear-and-tear doctor's visits each year. But there are some IRS-OK ways you can bulk up these expenses, especially if you're close to the hurdle and looking for a way to clear it.

There are, of course, the easy expenses, such as co-pays for doctor's office visits and prescriptions.

But you also can deduct some other not so obvious costs. They include:

Even some home remodeling can be a medical deduction as long as the work is prescribed by a physician for a legitimate medical condition.

Planning, bunching deductible medical treatments: If you and/or someone else in your tax family find you're spending a lot of time and money at doctors' offices this year, check into the itemized medical deduction.

In fact, now is a great time to think about your year's health care costs.

You still have many months in which you can bunch these expenses so that you'll have enough to claim on your Schedule A next filing season.

Medical and more tax tips: The many ways to maximize medical deductions was one of this week's Daily Tax Tips.

UPDATE, March 7, 2017: You can find 2017's Daily Tax Tips collected, just like those described below for 2015 when this blog item was originally posted, by month. So far January 2017 is complete, as is this February. March is on its way to being filled up, with April to follow when the final hectic days of tax filing season arrive.

It was one of two health-related pieces of tax advice this past work week. The other was a look at the changes to old forms and the new IRS paperwork connected with Affordable Care Act reporting for the first time this filing season.

The full five tips featured this week were:

I strive to have the Daily Tax Tip posted as early as I can each week day in the upper right corner of the ol' blog's home page. If you miss one there, check back on Friday (usually) for the weekly round-up.

If your Friday is too full, which might be the case during this March Madness month -- or if you, too, have lots of doctors' appointments -- you can check out the monthly collections at their special pages: January, February and still-growing March.

I suspect the IRS would argue, at this point without any legislation, that a gym membership is simply too broad to be an allowable deduction. However, an aggressive taxpayer who is willing to press the issue, convince a doctor to issue such an Rx for a medical condition, and then probably wait for a Tax Court ruling, can give it a shot.

Very nice writeup. Do you know if doctors can prescribe gym memberships?