So what the heck is former IRS Commissioner Mark Everson thinking in making a run for the White House? 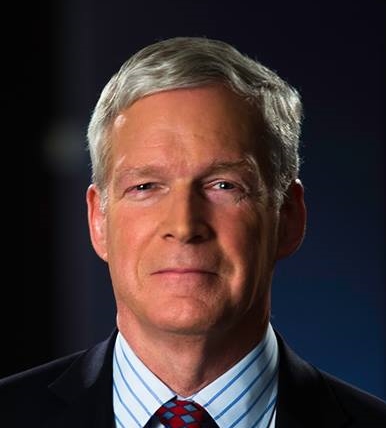 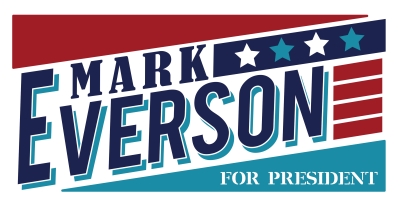 Everson, addressing "Fellow Citizens of the United States" in his website's "Letter to America," says that "Americans deserve constructive solutions to the challenges facing our country."

OK, I think we get the focus on the good ol' U.S. of A., although I must admit that "fellow citizens" salutation did have a bit of an alien spaceship feel to me. Maybe I've just read/watched too much science fiction over the years.

But back to the country and the Everson campaign for the Republican presidential nomination.

Everson's tax challenge: Among the challenging areas we face, he says, is taxes. We would have expected nothing less from the man who headed the IRS for four years under President George W. Bush,

"What if we undertake bold tax reform and free the vast majority of Americans from the burden of filing a tax return with the IRS?" asks Everson, both on the website and in his first campaign video.

"Wouldn't that be better than the mess we have now and also grow our economy?" the former top tax collector asks.

But I'm not sure that U.S. voters are ready for tax ideas from the man who was in charge when the IRS sicced private debt collectors on taxpayers.

Still, Everson perseveres. In the "Mark on Taxes" section he promises that "fixing our broken tax code will be a cornerstone of the Everson presidency." He says he will work closely with Congress on a bipartisan basis to make tax reform a reality.

"Who is better equipped to do that than a businessman who has worked in both operating and financial positions in the United States and abroad, and spent four years at the top of the messy tax system that Congress created?" he says on the site.

VAT + progressive rates: Among Everson's suggestions is a destination-based Value Added Tax (VAT) that will apply to goods and services.

This comes from the Competitive Tax Plan authored by Columbia professor Michael Graetz, which Everson says will remove 150 million Americans from the income tax rolls, "freeing them from the hassle of filing an income tax return and dealing with the IRS."

He would, however, keep income taxes in place for the highest earners, but at lower rates.

And Everson takes a stand on the way Congress deals with tax laws, calling the enactment of the tax extenders package just before Christmas only to expire two weeks later at the end of last year a disgrace.

No chance, but should be fun: Does Everson have a shot at the presidency? No. Nada. No way at all.

If you check out some of his more moderate stances on other issues, he doesn't even have a chance at the GOP nomination under the way that process is now controlled by the most conservative of the party.

But as a tax geek, I'm glad to see him get into the race. I'm all for as much tax conversation as possible from both Democrats and Republicans.

And Everson's presence could make for some fun GOP primary debate exchanges.