I'm a native Texan who returned home almost 10 years ago and is still re-acclimating to the wackiness that is the Lone Star State. So far be it from me to pick on one of the other 49 or the District of Columbia.

But I just have to ask today, what the heck is up Alabama? 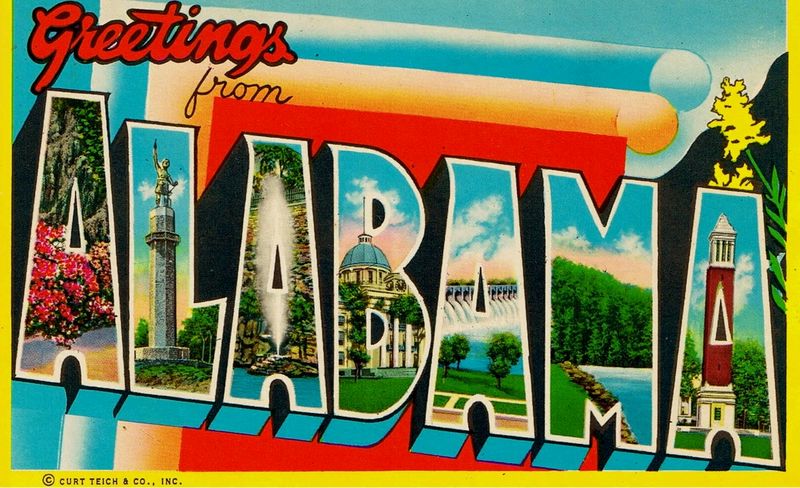 No, I'm not talking about the escalating battle over marriage equality.

You are the Heart of Dixie, with a longstanding dedication to state's rights. Then there's the intense Southern fundamentalist religiosity. So the fight over the right of gay and lesbian couples to marry within the Yellowhammer State's borders is not a surprise.

But, Alabamans, I truly am intrigued by your Republican governor's stance on state taxes. He wants to raise them.

Alabama's financial troubles: Alabama is facing a shortfall in its general fund budget, as much as $700 million by some accounts. As the state's cash has run low in recent years, Alabama has relied on borrowing and one-time sources of money to plug the gaps.

It has not been enough.

In his State of the State address, Gov. Bentley flat out acknowledged Alabama's fiscal crisis:

Because of our debt, and because there is no growth money going into our General Fund, we cannot adequately pay for and provide the basic essential services to our people.

We must do what every family in Alabama does every day -- Live within our means and manage our finances wisely.

And we must have adequate means. ... Revenue must increase.

If we are to pay our debts, cover the shortfall and create a stream of growth revenue for our stagnant General Fund we must look to increase our revenue.

We must look at all sources, and tax fairly."

He acknowledged as much in his address: "I've been a conservative Republican my entire life, and tax increases are not my ideal solution."

And for doing so, he is being castigated by his fellow conservatives and especially by Americans for Tax Reform, the Grover Norquist-founded group that assiduously polices adherence to the no-tax pledge upon which Bentley campaigned. 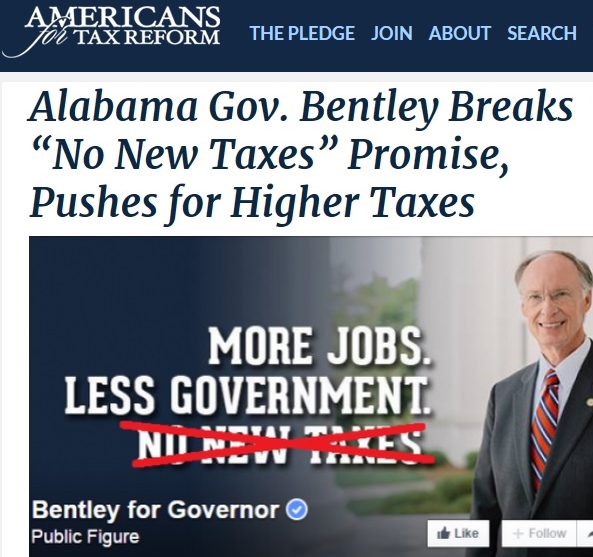 But sometimes reality is just too much to ignore.

So Bentley is proposing an array of taxes, affecting individuals, businesses, financial institutions, the insurance industry, public utilities, automobiles and tobacco. The levies include around $541 million in new taxes.

I must tell you, Alabama, I am impressed, if not with the specifics of the taxes, at least with your governor's acceptance of some hard fiscal facts.

Will the state's businesses, lawmakers and residents agree with his plan? It will be a tough sell. The "c" word -- crazy -- already is being used when Bentley's tax plan is mentioned.

But at least Bentley has taken a first step. He deserves credit for that.

Make sure if you tax cigaretts that you increase the taxes on alcohol, because they sure like to drink in this state. They love to party!!!