Is Belichick's coaching style like tax avoidance or tax evasion?

Taxes and sports are inextricably linked.

There are the tax breaks for teams (and rich owners) who want to build or upgrade their facilities. There are taxes on the winnings collected by folks who bet on sporting events. Athletes and other team members face jock taxes. There's the tax-exempt status of several major sports leagues, including the NFL. 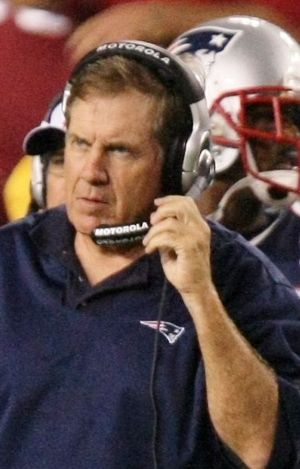 Now taxes have been used to help explain the apparent pattern of rule breaking that some claim is commonplace in the New England Patriots organization.

Back in 2007, we had Spy-gate. The Patriots were caught illegally videotaping the New York Jets' defensive signals during the first game of that season. The spying gave the Pats a notable advantage and was a blatant violation of NFL rules. Pats' head coach Bill Belichick said back then that it simply was a misinterpretation of the rules on his part.

Now we're watching Deflate-gate. Eleven of the 12 balls used in the Patriot's conference championship win over the Indianapolis Colts were somewhat deflated. By how much is still being investigated. And how much did it affect the outcome? But the key question is what role, if any, did Belichick and quarterback Tom Brady play in altering the equipment?

Because of Spy-gate, many have already deemed the Patriots organization guilty in Deflate-gate. And they place much of the blame on the head coach, whose is lauded as a brilliant football mind by his fans and a cheater by his foes.

Rich Eisen on the NFL Network asked whether Belichick is creeping up on the fairness line or crossing it. Former NFL head coach Brian Billick, who took the Baltimore Ravens to their first Super Bowl win in 2001, offered this explanation:

"I'm going to put it in terms that everyone can appreciate. There's such a thing as tax avoidance and tax evasion.

Now we all like to minimize our tax burden every year and you do all the legal things you can right up to a point where they throw you in prison for tax evasion because you willfully go beyond that point.

Now where this is in the spectrum of rule avoidance as opposed to rule evasion, that's for the league to find out. At the end of the day it is at the very least, to steal an NCAA term, a lack of institutional control. And I think that's something that the league is going to have to…what led to the circumstances however innocent it might have or not been for Bill Belichick and Tom Brady to do this, what led to this and how do we correct it."

So there. Taxes. Avoidance, OK. Evasion, so not OK.

With yet another tax and sports connection, My Super Bowl Sunday is now made, regardless of who wins. But Go Seattle Seahawks!