Get thee to a nunnery Super Bowl fans

Getting a ticket to the Super Bowl is just part of an NFL fan's ultimate quest. You also have to find an affordable place to stay. 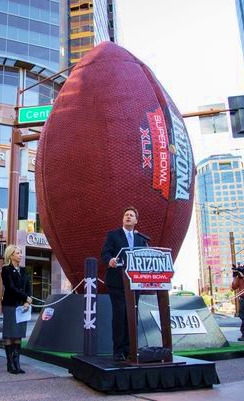 While the Seahawks-Patriots match-up in Super Bowl XLIX is part of the reason for the lodging price hikes, there's also the Waste Management Phoenix Open, one of the top PGA Tour events, at the nearby TPC Scottsdale Golf Course this weekend.

Until yesterday, Tiger Woods was in the field. The chance to see the world's former best player guaranteed great attendance at the already popular event.

Some rooms might open up since Tiger missed the cut Friday after playing the worst round of his career. I couldn't convince the hubby, a golf writer, to go with the obvious Beavis and Butt-head headline about Tiger's game being crap in a golf tournament sponsored by a waste collection company. Now you know who is the grownup in our marriage. But I digress.

So what's a sports fan to do if he or she can't afford the inflated lodging costs, which at some hotels are reportedly as high as $2,500 a night?

Specifically, check out Our Lady of Guadalupe Benedictine Monastery in west Phoenix. The nuns who live at the religious retreat, which is 5.5 miles from the University of Phoenix Stadium in Glendale, are renting rooms this Super Bowl weekend. 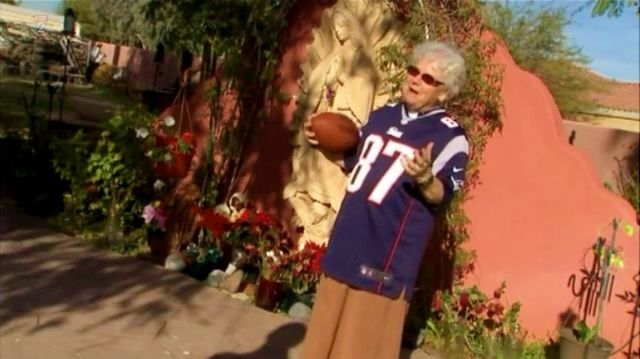 Better rates for football worshipers: "I've never been in a convent or ministry where there haven't been football fans," Sister Linda Campbell, a self-proclaimed die hard Arizona Cardinals and NFL fanatic, told AZCentral.com.

"I said these people are renting their homes, do you think we could pull this off?" the sister said.

As of last week, the sisters had booked a couple of the monastery's eight, saintly themed guest rooms. The double occupancy rate is $300 a night, with $100 extra for a third person. Free Wi-Fi, a continental breakfast and access to the monastery's seven acre grounds are part of the package.

You don't have to be Catholic to rent a room, but there are a few rules: no alcohol, no smoking and no swearing.

This actually is the second time the nuns have rented rooms for a major sporting event. When the Giants beat the Patriots in the 2008 Super Bowl in Glendale, monastery room rentals raised $12,600. All of that money went back into the nuns' charitable projects, which include a community garden, thrift shop and supporting needy families in the area. That's the plan again this year.

Home rental tax bonus: While the nuns will use their rental fees for charity work, as Sister Linda noted lots of secular folks rent out their homes to attendees of special events.

In these cases, the goal is to net some extra spending money. Depending on the event's popularity, it could be a whole lot of added cash.

But there's also a tax bonus.

When short-term landlords really do limit the amount of time they lease their property, be it their primary residence or a second home, the rental money is free from the Internal Revenue Service's clutches.

That's right. Income from truly short-term rentals of no more than 14 total days during the year aren't subject to federal taxation.

So check the big events calendar for your area. If you don't mind strangers sleeping in your bed for a few days, it could pay off nicely.