It's always been a challenge to teach kids history. They truly live in the moment. History is what happened to old people.

But on Dr. Martin Luther King Jr. Day 2015, tens of thousands of young people have an opportunity to see and hear some remarkable representations of history.

"Selma," the acclaimed new movie of the Dr. King led historic march for civil rights, is screening nationwide. In an effort to get kids into movie theaters to see the film, groups in around two dozen cities are offering free tickets to middle and high school students.

Click the image to go to the "Selma" student tickets website. There you'll find links to specific cities offering the free screenings to school kids.

In most cases, the young moviegoer simply needs to show a student ID or report card at the box office of the participating theater to receive a free ticket. Some locations, however, might have other requirements, so check before you get there.

Also, some locations are reporting that the free screenings are already filled, so double check to see if additional showings have or will be added.

Visual history: The film portrays some of the events surrounding the 1965 marches from Selma, Alabama, to press for voting rights.

The film portrays some of the events surrounding the 1965 marches from Selma, Ala., to press for voting rights.

Later that year, with America's collective conscience shaken by the violence against the Selma marchers and the support of President Lyndon B. Johnson, Congress approved the Voting Rights Act of 1965. Ultimately, the number of registered black voters in Alabama alone grew by ten-fold.

Today's civil rights leaders say Selma's message is still crucial, particularly in light of the marches nationwide following the deaths of black men by police in Missouri and New York.

On the voting side, activist point to the 2013 Supreme Court decision to invalidate a key portion of the historic Voting Rights Act. Congress has yet to respond legislatively to the high court's ruling.

"A movie like 'Selma,' I think the kids can really glean that there are things that you have to do in order to be rewarded in the end," said Dr. Dinah Marks, principal of  Sarah Zumwalt Middle School in Dallas. Marks believes the film could help foster discussions in the classroom.

Singing about Selma, too: That hope for fresh faces to learn from history and make their own contributions to important causes found its way into "Selma's" soundtrack.

The film's Academy Award nominated and Golden Globes winning theme song "Glory," written by Common and John Legend, notes that "it takes the wisdom of the elders and young people's energy."

No, movies and music are not substitutes for solid historical information. But if the popular media can get kids interested in important topics, then we should embrace the opportunity to move beyond the dramatizations in classrooms and life. 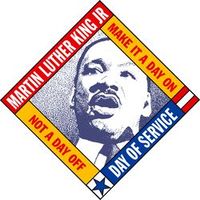 Instead of taking the federal holiday off, thousands use it as a day of service. The Corporation for National and Community Service offers suggestions on ways to serve on MLK Day and beyond.

And since this is a tax blog, remember that your volunteer work on MLK Day and any day is welcome. But your time itself, while laudable, is not tax-deductible.

You might be able, though, to claim some expenses incurred during your volunteer time. This includes costs of supplies you buy for a qualified charity and for which you aren't reimbursed, as well as the miles you drive in service to your favorite nonprofit.

I know tax breaks are not why you volunteer. But if you can claim them, then you deserve a little tax payback for your good deeds.