It's Tuesday, but to borrow a phrase and concept popular on the Internet, it sure feels like Throwback Tax Thursday.

The reason? The preview of the topics that President Obama plans to address in tonight's State of the Union Address includes some tax provisions that used to be in the Internal Revenue Code.

The one that caught my eye is a tax break that's near to my heart, and I mean that in the romantic sense. 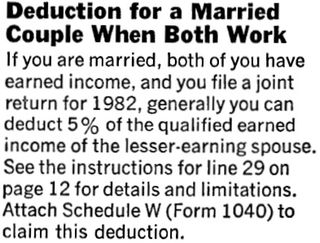 The hubby and I married in 1982 in part because by waiting until that year, we started off as husband and wife with a new tax break. The dual earners' tax deduction showed up on that tax year's returns.

OK, maybe it wasn't a key factor in setting the date for saying "I do," but it sure was a nice wedding gift.

Obama wants to revive tax help for married couples who both work. In fact, he wants to make the tax break better.

The 1980s' benefit was an above-the-line tax deduction. A collection of these tax breaks, most of which are found directly on Form 1040, is still around. Officially known as adjustments to income, they reduce gross income to a lower adjusted gross income amount. Lower AGI generally means lower taxes.

The 2015 version, however, would be a tax credit. And as regular readers of the ol' tax blog know, a credit is better than a deduction. A credit reduces your final tax bill dollar for dollar. In some cases, after a credit zeroes out what you owe Uncle Sam, it could even provide you a tax refund.

Credit for working while married: The new $500 second earner credit that Obama will propose should help, according to the White House, cover the additional costs faced by families in which both spouses work. These typically are commuting costs, professional expenses, child care, and, increasingly, elder care.

"When layered on top of other costs, including federal and state taxes, these work-related costs can contribute to a sense that work isn’t worth it, especially for parents of young children and couples caring for aging parents," says the White House tax proposals fact sheet. "While women, including married women, are increasingly family breadwinners, the fact remains that they are still much more likely to be the ones who withdraw from the labor force in these circumstances, taking a toll on their future job options and earnings, and hurting our overall economic growth."

Families would be able to claim a credit equal to 5 percent of the first $10,000 of earnings for the lower-earning spouse in a married couple. The maximum $500 credit would be available to families with incomes up to $120,000. A partial credit could be claimed by couples earning up to $210,000.

The Administration estimates that around 24 million couples would benefit from the second-earner credit. 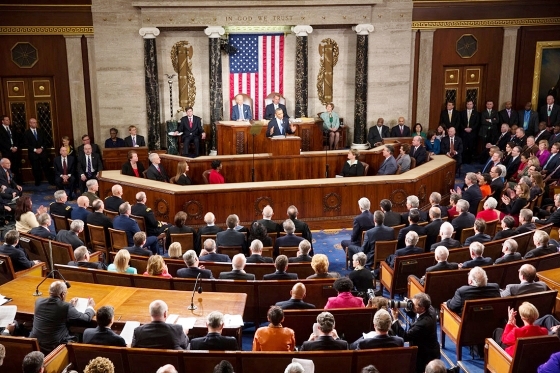 President Barack Obama delivers the State of the Union address in the House Chamber at the U.S. Capitol in Washington, D.C., Jan. 28, 2014. (Official White House Photo by Amanda Lucidon)

More tax proposals: In addition to the two-earner tax credit, Obama also is expected to touch on other tax breaks aimed at helping middle-class taxpayers, including:

You might recall that during the last presidential election, we learned that GOP nominee Mitt Romney's individual retirement account which was worth somewhere between $20.7 million and $101.6 million.

Romney's IRA balance shocked a lot of people, since the government sets an annual limit on how much savers can put in to an account; the maximum for 2015 is $5,500 or $6,500 for workers age 50 or older.

"You'd have to be a trading wizard beyond the likes of Warren Buffett to spin such contribution amounts into millions," notes the Washington Post's Wonkblog.

The chances of Obama's proposals making it through a now solidly Republican Congress are slim. But as I note today in Bankrate Taxes Blog, Obama's sixth State of the Union address is really more of a tax test for Congress.

We'll see in the coming months what kind of grade both the House and Senate, along with the president, get on any possible tax law changes.