Home Table of Contents Tax Tips Credits Deductions Refunds State Taxes Politics/Laws Tax Terms Archives
What will the 12 Days of Christmas cost you in 2014?
Attention older IRA owners, your RMD is due by Dec. 31

The 2015 filing season is less than two months away (we hope!), but the Internal Revenue Service still is holding on to taxpayer cash from previous years.

A lot of cash.

These so-called frozen credit accounts -- $46.4 million in connection with individual taxpayers and $1.6 billion connected to business accounts -- mean that some of the taxpayers are still waiting for refunds, says TIGTA. 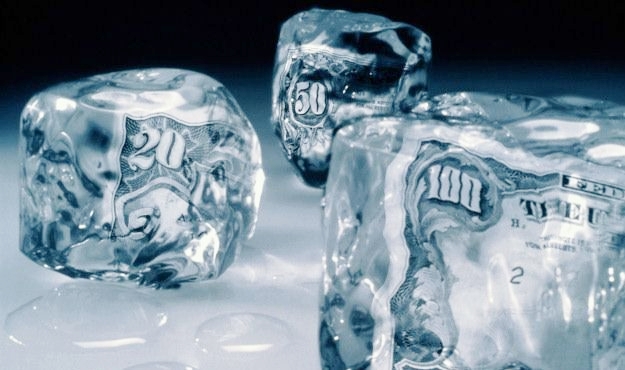 Even more frustrating, according to TIGTA, is that in these cases the IRS did not take actions that could have resolved the taxpayers frozen account situations sooner.

"By improving adherence to its processing procedures and making improvements to certain computer systems, the IRS can minimize resolution delays for many frozen credit accounts," said TIGTA Inspector General J. Russell George in a statement accompanying the report.

Although the business amount is substantially larger, since the ol' blog tends to focus on individual taxes, the $46.4 million earns this week's By the Numbers (dis)honor.

Cold cash tax complications: TIGTA undertook this audit to determine what actions the IRS has taken to resolve both individual and business taxpayer accounts with certain frozen credits.

The tax watchdog office notes that the IRS' Master File computer system uses coding to identify special situations, commonly referred to as freeze conditions. These apply to a taxpayer account that either requires special handling by the IRS or for which the IRS is awaiting the outcome of a future event -- for example, the IRS needs to post an additional assessment or the taxpayer is in bankruptcy proceedings -- before returning to normal processing of the return.

"However, if freeze conditions are not adequately identified and resolved, IRS processing actions such as assessments, abatements, refunds, credit offsets, status updates for compliance activity, issuance of notices, and/or suspension of statutes can be adversely affected," says TIGTA.

In plain English, that means that if the IRS doesn't properly note and deal with frozen accounts on a timely basis, folks are left waiting for tax cash.

IRS agrees with most recommendations: To be fair to the IRS, it's not always an easy task. There are more than 60 freeze conditions that could apply within the business or individual master files.

The IRS agreed with most of the TIGTA suggestions. The only one the agency balked at was related to its computer systems because, wait for it, it doesn't have the resources to make such improvements.

You can check out the recommendations and the IRS' responses starting on page 43 (page 48 in the PDF numeration) of TIGTA's report.