Senate Democratic Leader Harry Reid plans this week to handle some presidential nominations (thanks showboating Texas senator Ted Cruz), then take up the tax extenders that the House sent over on Dec. 3. 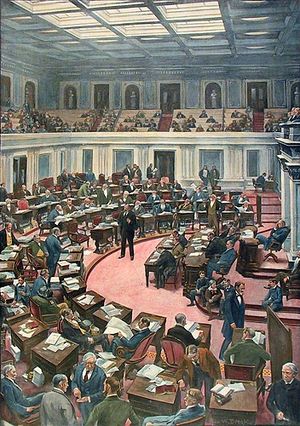 The good news, depending on your perspective when it comes to the temporary tax concept, is that the Senate is expected to approve the House measure as is. So as soon as the Upper Chamber is done, the bill can go straight to the president for signature.

When the ink is dry, then the Internal Revenue Service -- and taxpayers, tax pros and tax planners -- can get to work making some on-hold tax moves in the last few days of 2014.

The bad news is that when Dec. 31 arrives, we're back in the same tax extenders boat.

These 55 tax provisions will be law for about two weeks, and then expire again at the end of this year.

A tiny better perception: It's this kind of last-minute, short-term legislating that makes me wonder how Congress got even a nominal bump up in approval this year.

It also continues a general trend of public disdain for federal lawmakers.

Yearly averages haven't broken the 20 percent mark in the past five years, according to Gallup data. 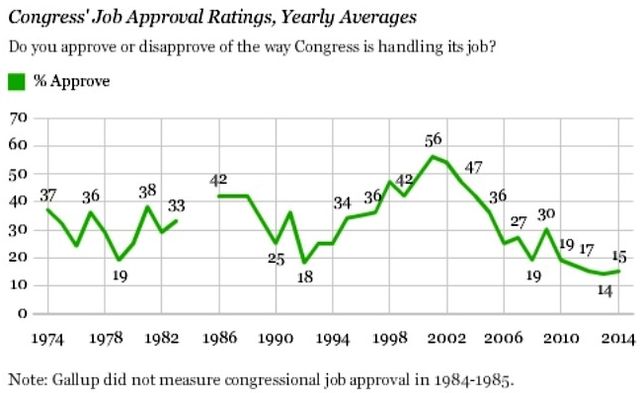 The highest yearly Congressional approval average that Gallup has recorded was 56 percent back in 2001. That spike, says the polling firm, reflected the rally in support for government institutions after the 9/11 terror attacks.

Since then, Americans' approval of Congress has generally dropped each year.

The one exception was in 2009, President Obama's first year in office. There was still a lot of post-election enthusiasm and Obama was joined in Washington by a large Democratic majority in Congress.

A slippery downward slope: That optimism, however, also has waned, even among those in the president's own party. Gallup analysts say party affiliation again may affect the public's view of Congress when the 114th convenes in January.

When newly elected Republican senators are sworn in and the GOP controls both the House and Senate, Gallup says public approval may increase as Americans who identify as Republicans become more positive. This has happened in the past, with Republican approval of Congress surging in 1995 and Democratic approval increasing in 2007.

It will be interesting to see if the numbers do go up, how much and for how long.

My prediction: Up a little, but definitely not for long.