Attention older IRA owners, your RMD is due by Dec. 31

For the last few years, my mother has lived just up the road from me. So not only do I get to see her more often, I've also become well-acquainted with the issues that are important as we age

Among the tax-related concerns of older folks is meeting the withdrawal requirements of traditional IRAs and other tax-deferred retirement accounts, such as 401(k)s and similar workplace plans.

Most folks who are 70½ or older -- we'll get back to those in this age group who aren't affected shortly -- must take payments from their individual retirement arrangements and similar saving vehicles -- typically 401(k), 403(b) and 457(b) plans -- by Dec. 31. 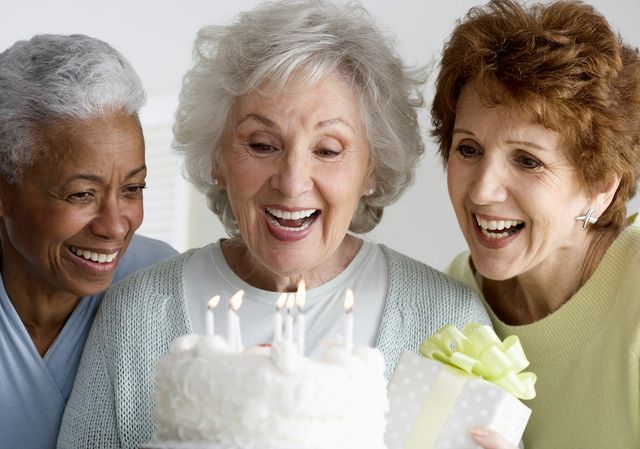 Time, finally, for taxes: The reason for the withdrawal rule is simple. Uncle Sam is tired of waiting.

You've been socking away money for years in these accounts so that you can spend your golden years the way you want. Good for you.

And that money has been growing -- yay compounding interest and a generally rising stock market -- without the Internal Revenue Service able to get a cut.

So the tax law created a deadline for the U.S. Treasury to get its mitts on your retirement money. Once you hit a certain age, you much take out some of your tax-deferred savings and pay tax, at ordinary income tax rates, on the money.

The good news is that you get to wait until you are, like my mother and most of her neighbors, into your 70th decade. The exact kick-in date for RMDs is your 70½ birthday. You do celebrate half birthdays, right? Hmmmm, all that extra cake. But I digress.

The IRS has done the calendar calculations for us, noting that most -- that qualifier again; I promise, we'll talk it about soon. -- taxpayers born before July 1, 1944, must take an RMD by this Dec. 31.

How much to take out: The calculations on how much of a withdrawal to make, however, is left to you. Here are the general rules for coming up with that amount.

The RMD for 2014 is based on a taxpayer's life expectancy this Dec. 31, along with the affected retirement plan's balance as of Dec. 31, 2013. You should have received Form 5498 from the plan's trustee; Box 5 of that document shows last year's year-end value.

Then use the online worksheets at IRS.gov or find worksheets and life expectancy tables in the appendices to Publication 590 to make your RMD computation. The Uniform Lifetime table (Table III) is the one most retirement plan holders use.

Mix and match RMDs: If Sarah has more than one traditional IRA and/or a workplace plan, the calculations get a bit more complicated.

Here's what the IRS says for folks who have multiple IRAs:

And if Sarah had a 401(k) and traditional IRAs here's how her math would work out:

The IRS has a comparison table with more examples, as well as a FAQ page with answers to other RMD questions.

Some RMDs not due ... yet: Now about those retirement account owners who aren't "most."

A special rule allows first-year RMD recipients (folks who just turned 70½) to wait until as late as April 1 of the year following their notable half-birthday to make their first RMDs. For 2014, this means that folks born after June 30, 1943, and before July 1, 1944, are eligible for this special delayed withdrawal rule.

If you do this, remember that although an RMD made in the first quarter of 2015 covers the 2014 withdrawal requirement, the money will be taxable on your 2015 tax return.

And you'll have to take another RMD for 2015 by the end of that year.

Don't ignore this rule. If you don't take your RMD, you'll face a penalty of 50 percent of what you should have withdrawn.

Charitable option: The Senate is expected to vote this week on the tax extenders bill. The House approved the bill last week. Once the Senate acts, the president is expected to sign the bill.

This measure would put 55 or so tax laws that expired at the end of 2013 back in the tax code. One of those revived tax breaks is the option for folks who must take RMDs to roll that amount directly to an IRS qualified charity.

Although you won't get a tax deduction for the transfer, you'll at least meet your annual RMD and your favorite charity will get a great gift.

Thanks for sharing this information. Many will be aware of this. I'm glad that I read this article.