So you thought it you'd get at least a brief breather from contentious political topics after this week's election. Sorry.

The Affordable Care Act, known on the Republican campaign trail as Obamacare, is back in the news big time.

The Supreme Court today agreed to hear a case that challenges how the tax subsidies for enrollees in the medical insurance program are awarded. 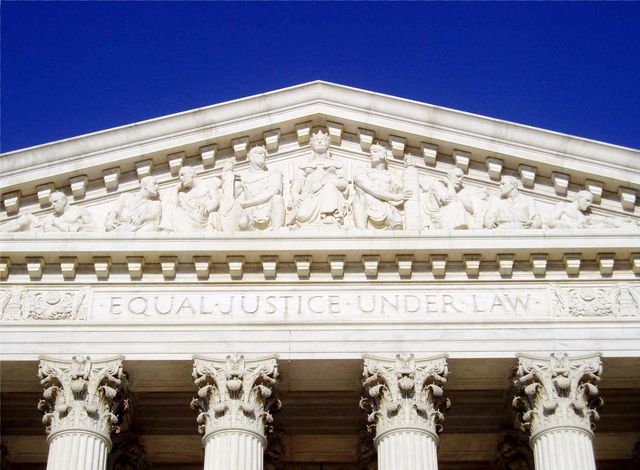 Just as a tax argument led the High Court to uphold the healthcare law in 2012, a tax component now could cause major problems for it.

Wins for opposing sides: This latest legal challenge to the United States' top court has been expected since the summer.

You may recall that on July 22, two Affordable Care Act, or ACA, lawsuits produced opposite decisions by two different federal courts.

In Halbig v. Burwell the three-judge panel for the United States Court of Appeals for the District of Columbia ruled 2-to-1 that the Internal Revenue Service could not offer individuals a tax subsidy on their ACA required health care coverage if they bought it through a federal health exchange instead of a state-run program.

But around the same time, three judges on the United States Court of Appeals for the Fourth Circuit in Richmond, Virginia, unanimously held in King v. Burwell that the federal subsidy is allowable for all exchange purchasers.

This time it was ACA fans who celebrated.

Now the country's highest court will decide whether the King decision will stand.

Other court case still in play: Meanwhile, the Obama Administration is awaiting a review by the D.C. appellate court of the divided three-judge ruling in Halbig.

The D.C. court is scheduled to hear the case's oral arguments in December. Most legal eagles expect the full court to reverse the 2-1 panel decision against the federal premium health care tax credit.

Because the lower court appeals on this issue had not concluded, many Supreme Court observers were surprised by today's decision. They thought the justices would wait until the lower courts finished their considerations before joining the fray.

But this current Supreme Court continues to defy expectations.

Court complications: If the High Court decides to block tax credits for federal exchange purchasers, millions of the individuals in 36 states who have obtained or will get coverage during the law's second open season that starts Nov. 15 would find they could no longer afford their policies without the tax credit to offset the costs.

Insurance markets across the country also could be thrown into chaos.

Other ACA provisions could come under question or be ineffective.

And the attempts to repeal the law altogether would get new life on Capitol Hill.

The coming ACA purchase period, however, will go on as scheduled.

And all of us, whether covered by health insurance from an exchange, our employers or other sources, will just have to wait for the Supreme Court's say on this ACA provision. A decision will be issued by next June.